We were blessed to be able to sit down with legendary producer Tracy Young in Paris to discuss her work with Madonna. 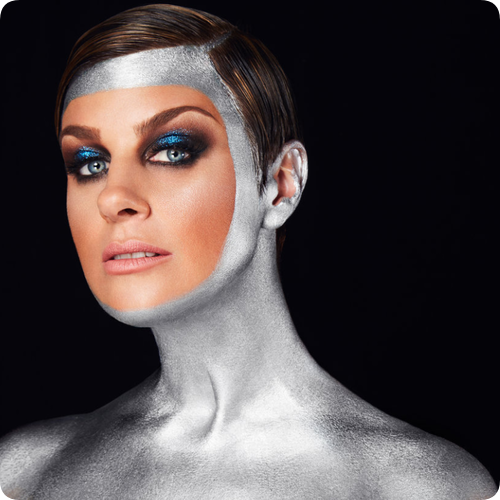 On Madame X Tour and album

I agree (Madame X show) is her best, her best work since Ray of light, how many times are we able to see her like that?

How did you get involved with this album?

I asked her, I heard I Rise and wanted to play it as I thought it was such an important song. It was an idea we worked together on and it came out, it wasn’t part of a plan.

When did you meet Madonna?

When did I meet her? The first time I met her was 95/96, I was just a baby and living in Washington and DJing her parties. I wouldn’t tell anyone because no one believed me or no one could go, so I kept it to myself. I met her around Ray of Light, oh was that 98? That’s how it started. I DJed at Liquid, that was a club she used to go to at Miami and Ingrid is a friend of mine.

You know what I am wrong I did meet her in 95 because I DJed Ingrid’s birthday party at the Kit Kat club and Madonna and K.D. Lang were there. I knew I met her before

Was working on the tracks different this time?

It was different, she had input. Normally I get the session and turn it in, we were very involved in Crave more than I Rise. I think she had maybe the idea to put it possibly in the show, so we went back and forth on that. Don’t know for sure. But we went back and forth a lot, we can assume but I don’t have facts. It was an honour for me to see her perform that live. I always felt like as a DJ and watching her dance was the ultimate….I am getting chills…..but seeing her sing a song I created….getting chills again….I just….like winning the Grammy you don’t know how it feels until you feel it and I didn’t know and everytime I was very emotional.

They’re all very special to me and all sound so very different. Every song is I don’t know being an artist, being in a different place.

You don’t think about this but she has employed and have given these women a life that they will never forget. People don’t look at that, their music was taken away from them.

That’s what music does it makes people come together. Those ladies…I love when they come down the isle, wow what she’s given them and what they’ve given her. It’s back and forth. They don’t want anything from her I’m sure. I think it’s beautiful to watch her enjoy that moment. She’s given them an opportunity. That’s what art does, it’s give and take it’s a relationship.

People think she’s so calculated and she’s been lucky that after seeing this show, she’s a real artist, she is more of an artist than a business person I would guess, my opinion. Like she’s not fulfilling a contract, she loves this music. She said she didn’t have to and wasn’t going to, that’s true art.

That is so underrated and I have had this conversation with people a lot. She does a lot of it during the show, that’s the song she chose as a throwback (on American Life).

She was so generous in giving me that (Easy Ride). I love that one and Gone too. That might be an old one that I would work on. I love Paradise, I love when she went with that alternative sound and less pop. I am a producer I appreciate that. I am one of the rare ones that would rather, I love the old stuff, but I am happy she’s doing the new stuff. I have seen her do Holiday I can’t tell you how many times.

God Gontrol and Dark Ballet that’s fine the way it is, they don’t need a remix. I don’t do that, it would be obvious, it’s perfect the way it is. I also like I dont search I find, reminds me of Vogue like with the snaps.

Peter (Rauhofer) did Nothing Fails and he killed it. His remix of that was amazing. Peter remixed Mother and Father too. People don’t understand and don’t see her an an artist but as an entertainer. After this album I was like WOW, she’s really on another planet, I really see her differently.

Are you going to the show tonight?

I have to work for the afterparty, she’s here all week. Is this the last of the tour? I am happy that you guys really like the album. From an engineering standpoint it sounds amazing, the frequencies and the sonics. It’s inspiring. I love ‘Crazy’ too, now that I am thinking about it I would like to work on that one too. I am a DJ and can’t play most of her old stuff in a club in its original, but this album isn’t that way. You can play the entire Confessions on a Dance Floor in its original.

That wasn’t the best remix for the clubs but didn’t want it for the clubs, I wanted to make music around ‘Music’. My remixes are never played in the clubs, until now.

Still pretty fresh. Some originals I want to do. The point where I am in my career I have been able to remix a lot of people and it’s a blessing but I’ve never really gone and try to do the original, to take nothing and make something, when you do the remix the melody and lyrics are there, most of the song is there. You have the skeleton, for me I will always remix but wanted to do something new now. Sometimes I’m like where do I start, does the music come first or lyrics, something I am trying to figure out as an artist. It’s a really different process. It’s second nature at this point.

It’s like painting a picture, you throw paint paint paint and it’s never finished. You have to stop at one point. I am not going to name the song, but sometimes I hear things and I am like why did I do that?

My records don’t really work in the clubs, but I feel like I am more of a producer. I know what I am good at and what I am not good at. I think my remixes work outside the club, I have radio experience. They touch people that don’t go to clubs.

What’s interesting about Crave, I did that when the album wasn’t out. It’s similar to God Control. It’s disco, that bass we played. It’s where her vibe was kinda I think I don’t know maybe I’m wrong. I like both versions, I love Crave and I love Swae Lee’s voice.

Thank you so much for your time Tracy

Anything to help her legacy!

Many thanks to Beardrop db / db / db prod and Raph

© MADONNAUNDERGROUND, 2020. No part of this interview, may be reproduced in whole or in part in any manner without the permission of the copyright owner.