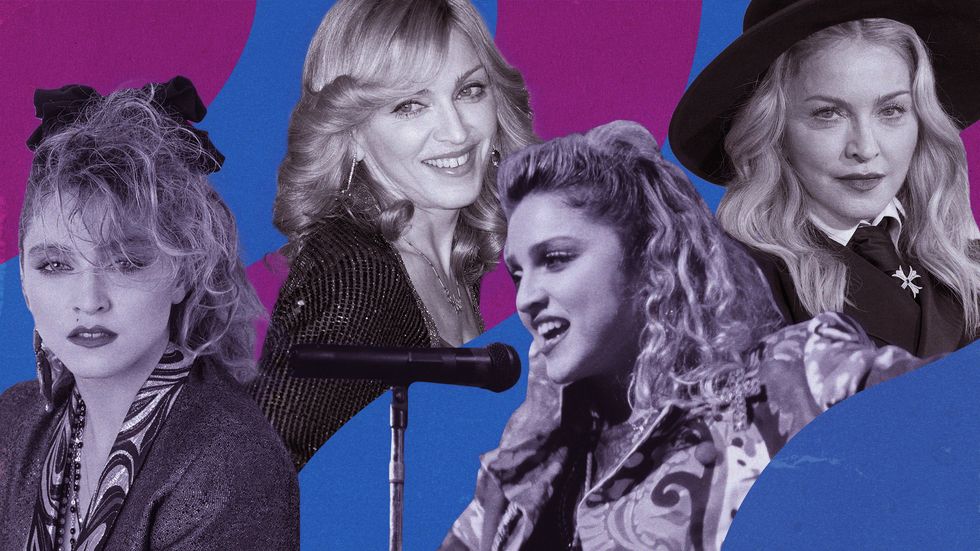 The musical icon, actress, director, model, and mother has been loved, hated, lauded, and decried throughout her 40-year career, and yet she perseveres. An unprecedented record for chart-topping hits is evidence enough that, despite her critics, her music resonates with a broad, diverse, and enthusiastic audience. Not only that, but her chameleonic reign has defied trends and the commercial demand for young, new acts who go viral on TikTok. With this week’s release of the definitive remix album Finally Enough Love: 50 Number Ones, what better time than now to celebrate Madonna’s musical, fashion, and film evolution over that chart-topping period from 1982 to 2016? It was a time when she transformed from donning leg warmers and fingerless gloves to dressing as a futuristic geisha, then a cyber-disco diva. She remains as iconic and divisive as ever, but this multi-disc collection reminds us that her talent for nailing the pop zeitgeist is irrefutable.