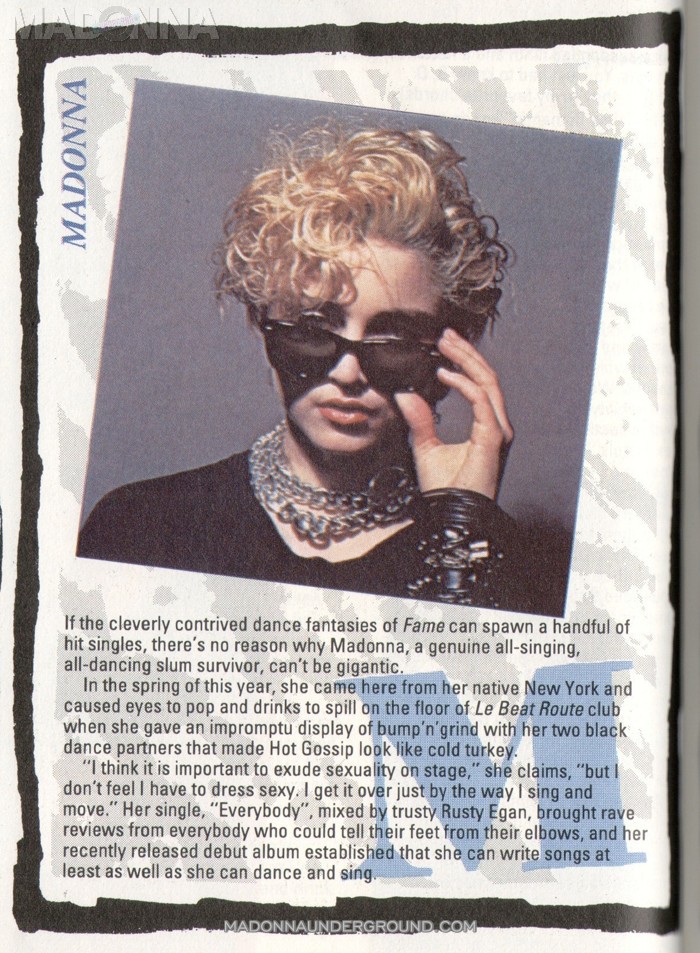 This rare article appeared in the November/December 1983 edition of the Smash Hits Yearbook 1984. Madonna’s single ‘Everybody’ being remixed by Rusty Egan is mentioned as well as the following

In the Spring of this year, she came here from her native New York and caused eyes to pop and drinks to spill on the floor of Le Beat Route club when she gave an impromptu display of bump ‘n grind with her two black dance partners that made Hot Gossip look like cold Turkey.

Added to The First Album