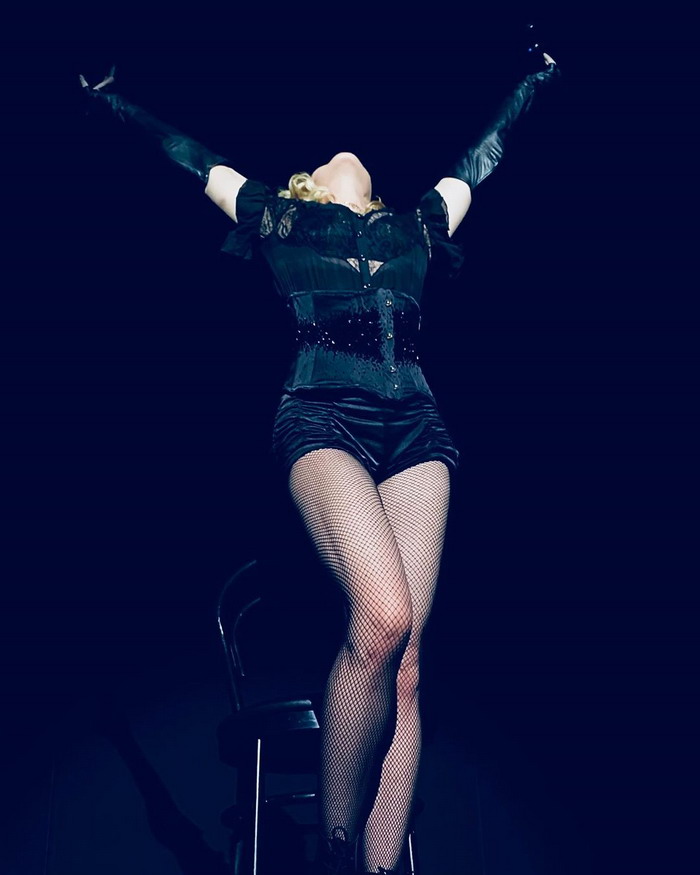 One year ago today Madonna performed the final show of her Madame X Tour at Le Grand Rex in Paris. The Paris leg of the tour had been plagued with cancellations so unfortunately it did not come as a surprise that Madonna wouldn’t be able to finish the Paris leg of the tour. This time however it wasn’t because of Madonna’s injuries but of the increased restrictions due to the Coronavirus.

Madonna wasn’t having her best show and was visibly in a lot of pain. Check out this bit from my original report on the night written a year ago:

Madonna wasn’t having her best show tonight she admitted. She wasn’t feeling well and had a cold. She said she was going to miss doing the show. She seemed quite emotional during her speeches. Show started around 11pm and she performed the full set. She was gone from the stage for a long time during Batuka, and sang the full first verse from backstage. She addressed the cancellations saying she was sorry, but when she can’t even get out of bed there’s no way she can perform. It seems as if she’s said her goodbyes already.

During the ‘Mozart out of her pussy’ moment she addressed that she ‘just heard’ and that you never know when things are going to end and that ‘the audience know what she was talking about right?’. She was most definitely speaking about the possible (early) end of the tour due to measurements taken against Coronavirus spreading in France. She spoke about it asking why all these people were getting sick and what the universe was trying to tell us?

She spoke about fighting for what you believe in, to find a cause in your life and to fight for it. She seemed incredibly emotional and her speeches were quite longer than usual. She had her cute moments with dancer aka boyfriend Ahla Malik, a cheeky kiss here and there and the odd funny glances they exchanged.

It was quite obvious she was struggling throughout the show, forgetting lyrics to God Control and Batuka. David helped her down the stage for the beer bitch moment where she spoke with a French stand up comedian. She repeatedly had to ask a lady to sit down but the lady was persistant as she wanted to give Madonna something. Madonna became quite annoyed by her. The beer bitch moment took a while and finally she asked why everyone was staring at her?

Polaroid sold for 4100EUR to an Italian fan who actually wasn’t buying it for himself but a friend who had a ticket up on the balcony. M was surprised by the 4100 amount and asked if he just emptied his savings.

Madonna did the best she could last night with what she was able to give, now it is time for Madame X to take a bow and HEAL.