‘As with Shahmaran, the lead in Dark Ballet is an African-American male, battling forces of repression. Does Adjei, as a black director, identify with the symbol of Mykki as Joan, cruelly punished for standing up to Power? “Not on a personal level, but I do understand the idea of being judged, as a person of colour. I think that’s something I have dealt with and I’m still dealing with. I guess that’s one of the reasons why I felt entitled to tell this story.”

Dark Ballet was rigorously scripted and storyboarded, to tell Joan’s harrowing story, and integrate the required VFX work. But when shooting started, he discovered how he needed to be flexible in order to accommodate the creative needs of a superstar, and her hugely demanding schedule. He says that the final version of Dark Ballet is therefore less ambiguous and metaphysical than he planned to make. “Madonna’s version is ‘this is Joan, this is what she fought for, this is what people need to know’,” he says. “That was very interesting to experience: someone who is very direct in their message.” 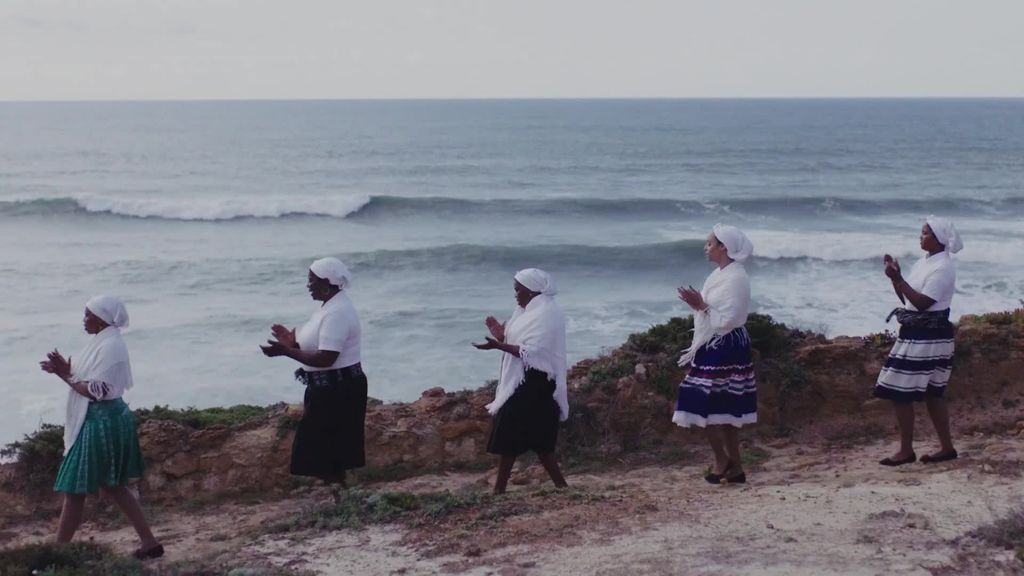 And in Batuka the original idea to have Madonna and the Batukadeiras in different scenes, and then coming together, connecting through the song’s call-and-response structure, was jettisoned on set. “Hearing those voices of these Batukadeiras together with Madonna made me feel empowered to make a video for this track,” says Adjei. “And we realised that shooting them apart would change the dynamic of the track. Madonna said: ‘I feel that we have to be together from beginning to the end. We have to tell our stories, we have to rejoice, we have to suffer at the same time, in the same room.’”

If you’re not flexible, especially when you’re working with someone like Madonna, then you won’t be able to survive.

Consequently, we get to see a relatively unguarded version of Madonna in the Batuka video, making it one of the most documentary-like videos that she has ever made, but without sacrificing the visual craft that Adjei brings to every project. “One of the reasons why it feels so genuine was because she was reconnecting with these women,” Adjei confirms. “I instinctively thought we had to capture those moments.”

Now starting to reflect upon the experience – which was undoubtedly tense at times – Adjei says everything he has learned will stand him in good stead for the future.

“I’ve learned so much from making both videos,” he says. “But I guess the main experience was to listen, and adapt. If you’re not flexible, especially when you’re working with someone like Madonna, then you won’t be able to survive. But you still need to be persistent in your vision.

“I feel that both our voices are very clear in both projects.”

Read the full interview from 2019 at Shots.net