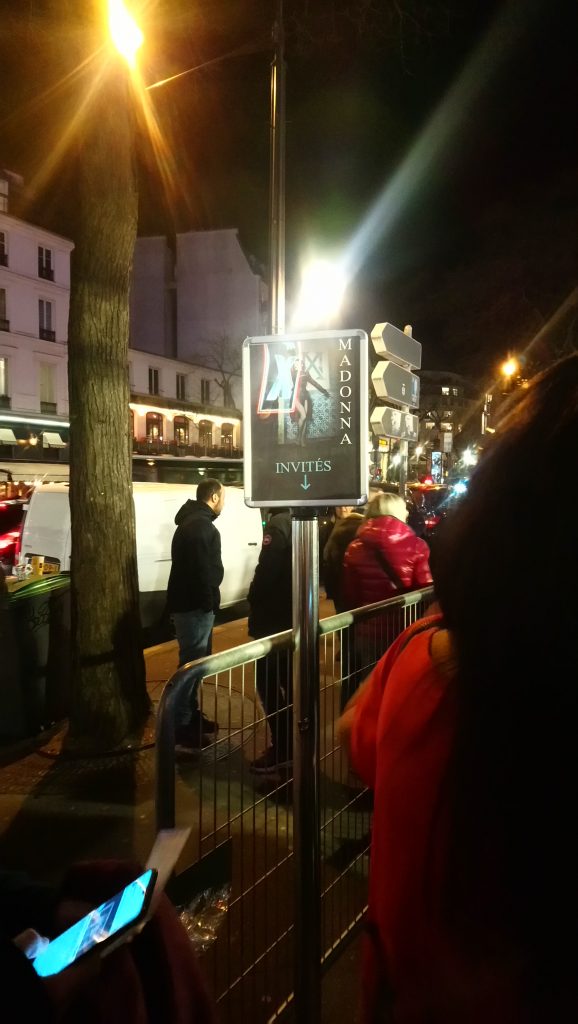 Madame X started her show around a perfectly respectable 10pm tonight and performed the full show!

She was in a very witty mood and according to Madame tonight’s show was ‘weird’. After ‘Human Nature’ she asked Mercy if she brushed her teeth and what she ate for dinner to which she responded ‘pasta’, after the ‘mother and daughter entertainment’ according to her she went on with the show.

She sold her polaroid for 2000EUR to a Dutch girl, who’d saved up money for this since September. After ‘Killers Who Are Partying’ Madonna addressed two people in the audience who were filming with camera’s which she wasn’t too happy about and ordered security to do something about it.

She became quite witty during ‘Welcome To My Fado Club’ and did some freestyling along with Ahla Malik and concluded with a ‘boxing session’ just so she could see if her band was keeping up with her, it was quite the moment.

No beer bitch but she sat down on the stage with David and tried to sing ‘La Vie En Rose’ with a little (a lot actually) help from her fans in the audience. Madonna was enjoying herself throughout the show and kept on cracking jokes.

Adrien Galo (MDNA Tour) and Tracy Young were also in the audience.