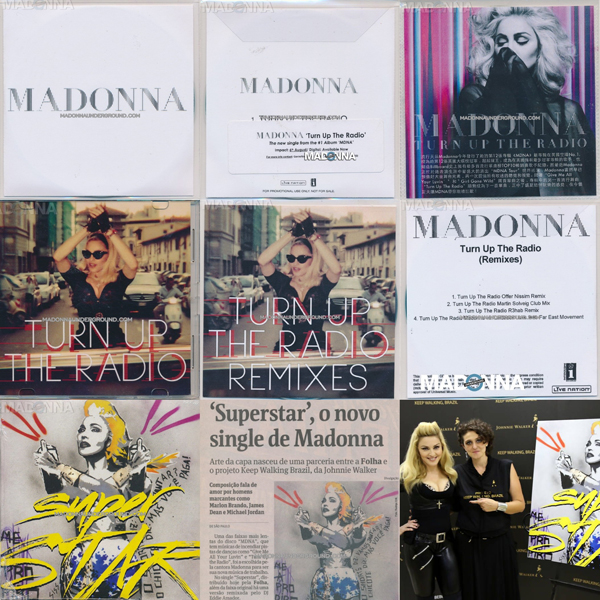 Turn Up The Radio was globally released as MDNA’s final single. The album track and remixes were available on various promotional CDr’s but not releasing it on a commercially available physical format was quite a missed opportunity.

While Madonna was in Florence Italy for her MDNA Tour she shot the official music video for it.

In Brazil ‘Superstar’ was also released as a single and given away for free with the Folha de São Paulo newspaper on December 3 2012. Madonna herself chose the artwork for the single, sent in by various artists as part of Johnnie Walker’s Keep Walking Project.

Check out both discographies now

Turn Up The Radio