Through the Years: Madonna’s Iconic “Like a Virgin” at 35 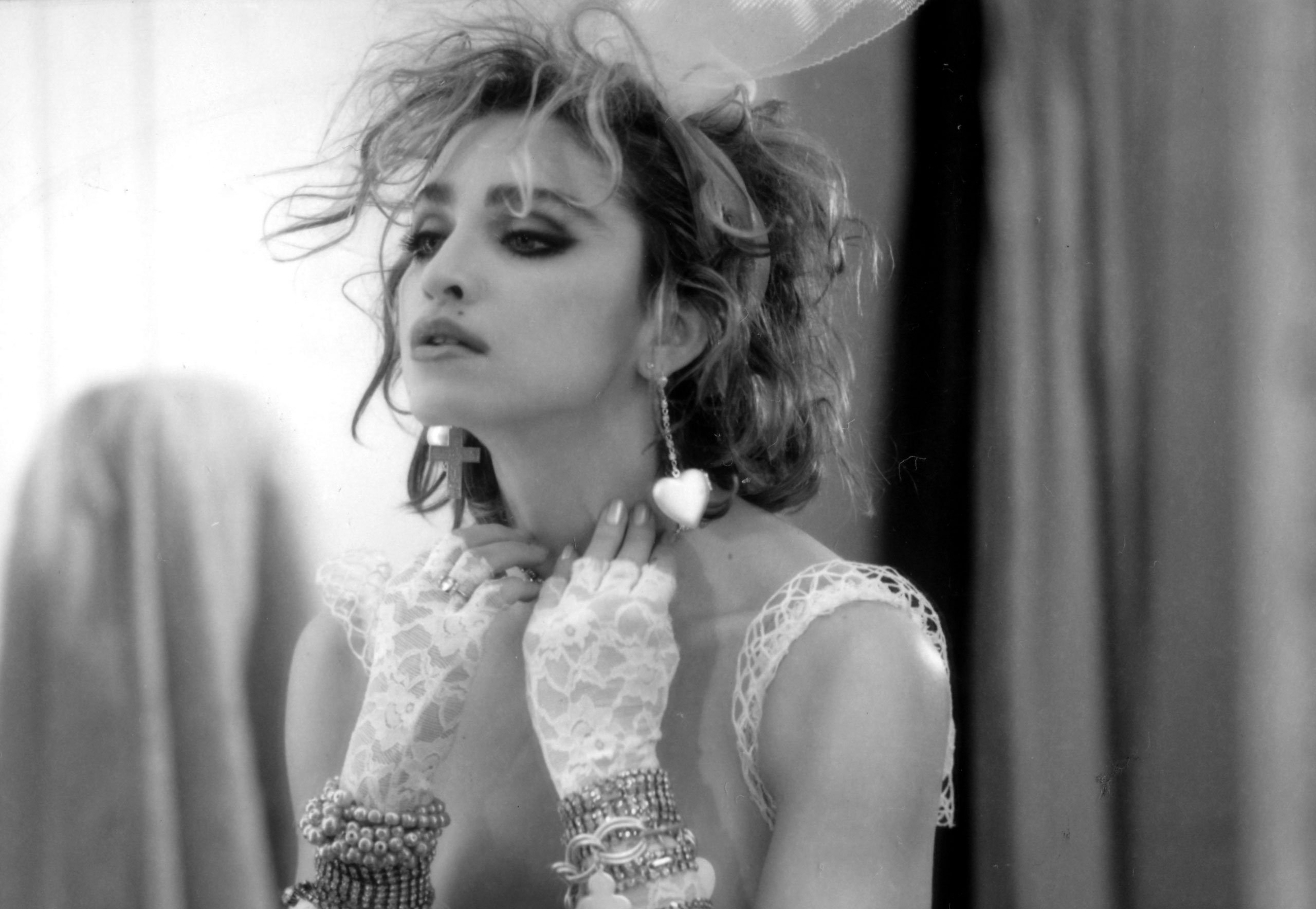 Confession: I’ve never cared much for “Like a Virgin.” Madonna’s 1984 single may be the first, if not the, signature song of her career, but it’s a trifle—a novelty, really—with its plucky, noncommittal guitar licks, sub-“Billie Jean” bassline, and the singer’s helium squeak of a voice. That last, integral element in particular has always irked me, as, from “Express Yourself” to “Don’t Tell Me,” Madonna has proven she’s capable of some deep, soulful performances. Of course, the vocals on “Like a Virgin” were allegedly employed by design, sped up to render Madonna’s voice more childlike and “virginal.” (It’s a trick she’s lamentably reprised on some of her more recent recordings.)

I’m in fairly good company, however, since both producer Nile Rodgers and Madonna herself aren’t particularly fond of “Like a Virgin” either, and she’s chosen to completely reinvent the song in masterful ways nearly every time she’s performed it. The single was released on Halloween in 1984, and this week also marks the 35th anniversary of the album of the same name. To commemorate this milestone, we’re taking a look back at three and a half decades of a song Madonna has mercifully, perpetually made shiny and new by sheer force of will and ingenuity.

Feminists angered by Madonna’s choice of a belt buckle during her performance at the MTV VMAs in 1984 seemed to miss the fact that her groom was a mannequin and that she chose instead to consummate her vows with her wedding veil. By the time she’d descended her giant wedding cake, hit the floor, and rolled around on the stage, showing her knickers to the world, there was no confusion about what the M stood for in the giant MTV logo towering above her.

Shot largely in St. Marks’s Square in Venice, Italy, the music video for “Like a Virgin” found Madonna playing Beauty to a man dressed as a Beast, specifically a lion (which not coincidentally happens to be the symbol of Mark the Evangelist). The singer is depicted as both virginal bride—sauntering impatiently through the basilica, undressing the furniture—and street harlot, hungrily prowling the bridges and canals of the Floating City.

Ostensibly growing weary of her biggest hit, Madonna reinterpreted “Like a Virgin” with a Middle Eastern-inspired arrangement for her Blond Ambition Tour, casting herself as harem girl (the other “girls” being male dancers, natch, dressed in conical bras designed by Jean Paul Gautier). Having long shed her “Boy Toy” image for a more empowering, self-reliant brand of post-feminism, the Queen of Pop once again made it clear that “Like a Virgin” is first and foremost a paean to self-love.

The story goes that Madonna looked up Gene Kelly in 1993 to ask him to give her notes on her Girlie Show Tour, the sets and choreography of which were inspired by Hollywood musicals from the 1950s like Kelly’s Singin’ in the Rain. “Like a Virgin” was originally intended to be sung by a man, and Madge had been toying with the idea of paying homage to Marlene Dietrich and French cabaret singer Maurice Chevalier by dressing in drag for a slapstick-and-vaudeville version of “Like a Wirgin.” Kelly, then in his 80s, gave his stamp of approval, and the rest is, as they say, history.

After putting the song into retirement for a decade, Madonna dusted “Like a Virgin” off for the 20th annual VMAs, this time playing the groom to Britney Spears and Christina Aguilera’s not-so-blushing brides in yet another gender-bending performance of her iconic hit.

In 2005, Madonna was thrown from her horse while riding at her country estate outside London, breaking her hand, three ribs, and her collarbone. The accident served as inspiration for her Confessions Tour the following year, which opened with an equestrian-themed segment. A knowing wink to the suggestion that there was nothing left of the pop star to reveal of herself, x-rays of her cracked bones were projected onto giant screens as she mounted a carousel horse, stroking the giant pole, and performing near-acrobatic moves to the beat of a discofied revamp of “Like a Virgin.” Back in the saddle, indeed.

Madonna ended up back on the floor for this striking, unexpectedly poignant rendition of “Like a Virgin” for 2012’s MDNA Tour. The delicate piano waltz was juxtaposed with the singer flashing her lady parts, defying those who’d for years squawked that the fiftysomething performer should put on her clothes and take a bow. Asking fans who likely paid a pretty penny for their front-row seats to throw money at her like a stripper might seem crass, but then this tour-de-force segues into MDNA’s “Love Spent,” a song about the dissolution of the so-called Material Girl’s marriage to Guy Ritchie, who reportedly got millions in a divorce settlement.

After more than three decades performing the hit that made her a household name, Madonna took things back to basics for her Rebel Heart Tour, delivering a somewhat faithful rendition of “Like a Virgin” for fans around the globe. She didn’t roll on the floor and show the world her underwear, but she did hump the stage in homage to her infamous VMA performance and at one point stripped off her shirt.