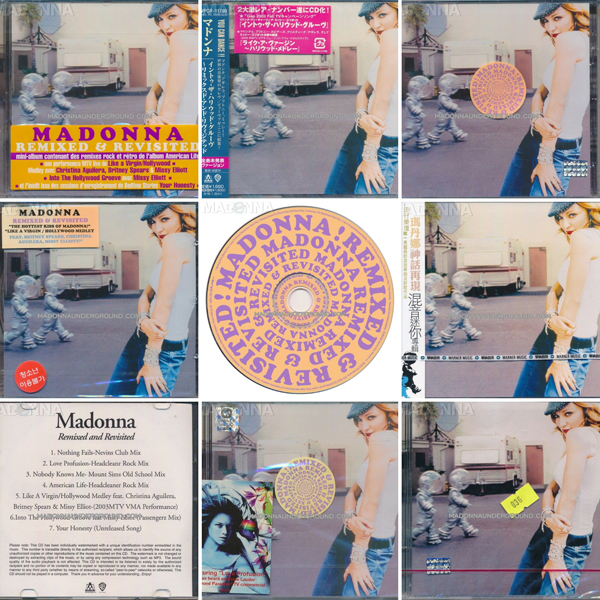 Next up in our discography is the remix EP ‘Remixed & Revisited’ released in November 2003 right in the middle of the American Life era. Remixed & Revisited included various remixes of several American Life tracks as well as the live performance of ‘Hollywood’ at the MTV Awards ceremony, ‘Into The Hollywood Groove’ and the previously unreleased ‘Your Honesty’.

Your Honesty was a demo track recorded at the time for the Bedtime Stories album but was never used. Madonna’s manager at the time (Caresse Henry) convinced Madonna to add the track to the EP as it was such a great tune.