These are Madonna’s 8 most queer-positive anthems 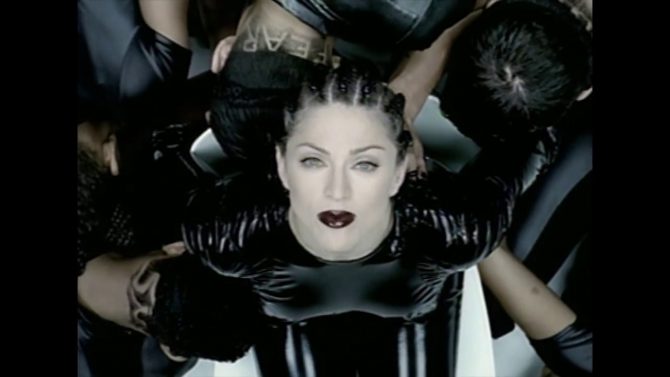 It’s been a huge year for Madonna.

Not only did the Queen of Pop score her ninth number one album, but she headlined WorldPride in New York City.

Throughout her forty-year career, the tireless ally has made it a point to celebrate and uplift the community through her work and her outspoken activism. From groundbreaking Truth or Daredocumentary to her makeout VMA moment with Britney (and Xtina) to her New Year’s performance at the legendary Stonewall Inn, Madonna’s track record for standing with the community is unmatched.

To honor Madame X’s new album and contribution to the biggest pride season ever, we’ve narrowed down her eight queerest songs.

The task was no easy achievement, but rather than focusing on her biggest club hits (sorry “Like A Prayer”), this list pays homage to tracks with significant LGBTQ backstories.

Self-empowerment anthems have always been a staple of any proper soundtrack to the community, and Madonna’s mega-hit feminist manifesto is no different. It even

It’s hard to imagine a world where one of Madonna’s most massive hits was originally considered a b-side, but the global smash (it reached number one in over 30 countries) was haphazardly tacked on to the Dick Tracy soundtrack. The song was inspired by the Harlem queer house ball community and choreographers Jose Gutierez Xtravaganza and Luis Xtravaganza. The track is credited with reviving the disco genre a decade after its commercial death and pushing house music into the mainstream.

Towards the very end of the otherwise seductive Erotica album, Madonna made room for a moment of introspection. Following the peak of the AIDS epidemic, Madonna dedicated this track to a victim of the crisis, Christopher Flynn – a close friend who took her to her first gay club in Detroit. “For the first time I saw men kissing men, girls dressed like boys, boys wearing hot pants, insane, incredible dancing and a kind of freedom and joy and happiness that I had never seen before,” she said at the 2019 GLAAD Media Awards. “I finally felt like I was not alone, that it was OK to be different and to not be like everybody else. And that after all, I was not a freak. I felt at home, and it gave me hope.”

After negative publicity following the release of her Sex coffee table book and her sex-positive album Erotica, Ms. Ciccone sent a clear message to critics who felt she had gone too far. The track, which features the lyrics “Express yourself, don’t repress yourself” on loop, combined with a S&M-inspired music video was a damning declaration: “I’m not sorry, it’s human nature.”

Throughout her career, Madge has collaborated with several queer artists; in fact, several tracks on Madame X were co-written by Brittany Hazzard (also known as Starrah), a red-hot lesbian hitmaker for the likes of Drake, Rihanna, Nicki Minaj. In 1994, Madonna enlisted Meshell Ndegeocello to play bass on “I’d Rather Be Your Lover,” but the indie darling’s contribution to the track ended up bigger: producers decided to remove a rap from Tupac Shakur after criminal charges were filed against him and Ndegeocello spit a verse instead.

A bootleg remix of this euphoric track circulated on the Internet, changing pronouns to make the song’s lyrical message – about a taboo affair – take on a queerer meaning.

During each stop of her massive Rebel Heart tour, Madonna brought out a lucky fan to assist with the reggae-tinged track’s performance. At the end of the track, she gifted the guest performer – which included famous friends like Ariana Grande, Katy Perry and Anderson Cooper, with a banana. In fact, during the tour’s opener in Montreal, she turned the song’s producer, superstar DJ Diplo, around and simulated insertion of the phallic fruit, quipping, “There’s so many things you can do with a banana.”

Madonna has described this “I Rise” as a “way of giving voice to all marginalized people who feel they don’t have the opportunity to speak their mind.” The track features a clip of a speech from bisexual gun control advocate Emma González. The music video for the song’s sister track, “God Control,” pays homage to the Pulse nightclub massacre and features cameos from queer stars Monét X Change and Gigi Gorgeous.

Related: These 20 albums were essential in shaping LGBTQ culture