Irish designer is hand-in-glove with Madonna 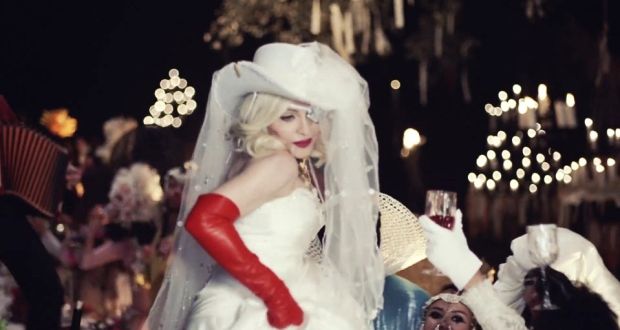 Hands up to Madonna

“Your heart fits me like a glove” goes a line from a song called True Blue in Madonna’s latest video, Madame X, that launched last April on MTV. The gloves in question which she wears so dramatically are from Paula Rowan – three styles called the Monserrat, Barbara and Lola Mongolian feature in the video. The singer also wore the Hayley cuff on the Graham Norton show and on the Jimmy Fallon show in New York and most recently called in a long pair for Pride NY.

“Seeing my gloves on Madonna has been one of a series of special moments this year” says the designer, adding that Kendall Jenner was photographed wearing her gloves in Vogue and there was other international coverage in both Italian and US Vogue, Marie Claire, Vogue Homme and AnOther.

The Hayley cuff in lambskin leather with frill detail costs €150 and the red leather Monserrat, a 16-button glove is €310, available in her Dublin store in the Westbury Centre as well as Corso Como in Milan and New York and Lianne Tio Luxury in Rotterdam.