There was quite the media campaign for the announcement of The MDNA Tour stop at the Ziggo Dome in Amsterdam. After the official tour announcement on February 7 a massive promo campaign was run in Dutch free newspaper SPITS and SkyRadio (adverts published in De Telegraaf newspaper) to win free tickets to the show.

A variety of these promo adverts have been added to our MDNA Tour page (section: newspapers) check them all out HERE 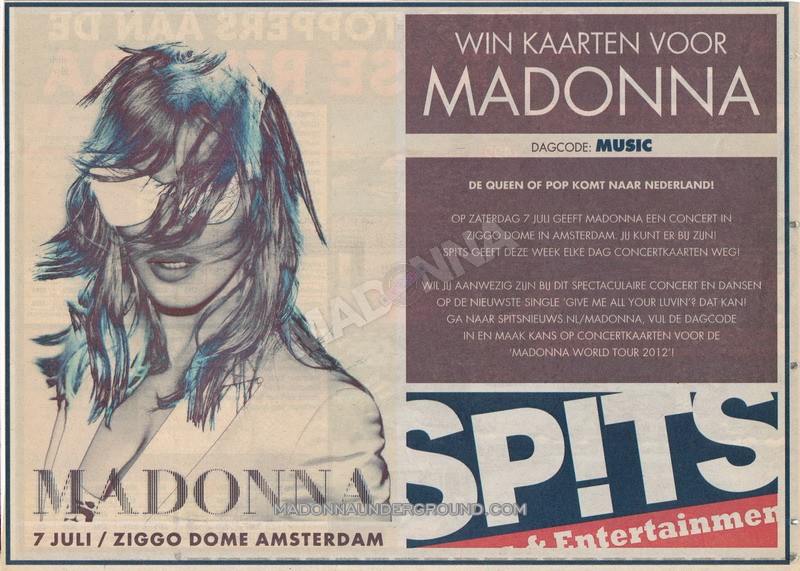