Madonna performed her Sticky & Sweet Tour at the Wembley Stadium in London on September 11, 2008. She was scheduled to start the show at 8.30pm due to curfew (and public transport) but did not arrive on stage until 9.10pm.

She forgot the lyrics to “Beat Goes On” and completely messed up “Borderline”. She was singing the first verse again where the second verse was supposed to start, confusing all the fans singing along. She acknowledged the many “GAMBLER” signs fans had brought along in an attempt for Madonna to sing this during the request section of the show. She responded saying she couldn’t remember the words….well hey….we got over “Beat Goes On” and “Borderline” didn’t we? Madonna sang “Express Yourself” instead.

We left after “Ray of Light” and managed to crab a taxi back to our hotel as otherwise we’d surely been among the thousands of people stranded at Wembley Stadium after the show. Due to Madonna passing the curfew, public transport was shut down and many people were left without a ride back home.

Check out our updated and enhanced photographs of the show HERE 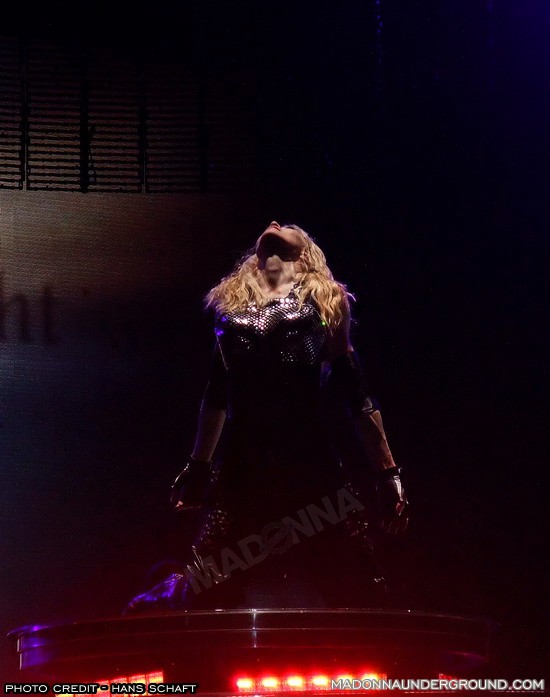