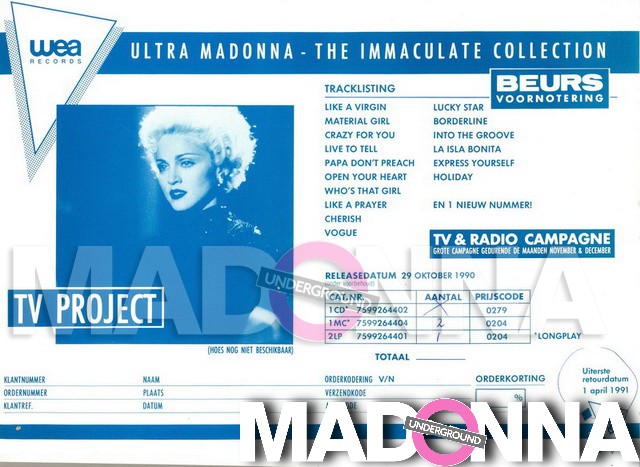 That idea was later replaced by scrapping Who’s That Girl all together and not adding one but two brand new tracks to the compilation (Justify My Love and Rescue Me.)

Check out our discography HERE

Check out our album page HERE