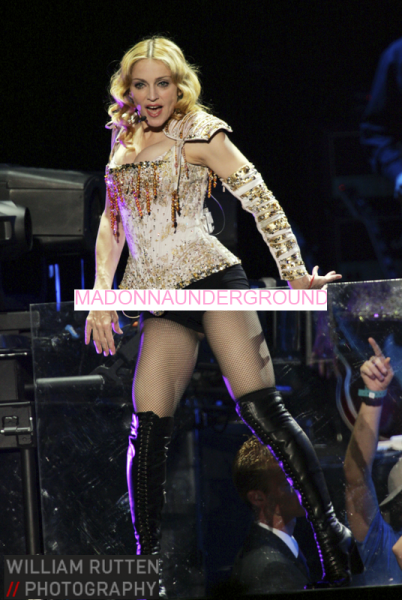 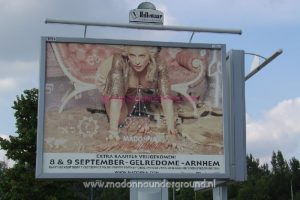 Were you there? Were you present at M’s fabulous comeback shows in Arnhem Holland back in 2004?

There was a ticket frenzy as I have never witnessed before, the tickets for Madonna’s very first live shows in Holland since the Blond Ambition Tour sold like hot cakes! Spending the night in front of the postoffice to make sure you were getting your ticket, back then we felt like shit nowadays we wish we could go back to those times.

When Madonna finally set foot on Dutch ground the newspapers were already reporting on her like crazy. Fans wanted to camp out in front of the Gelredome but were kindly asked by security to remove themselves from the property.

The day of the first show in Arnhem in the very early hours of the day, the fans were escorted by security to their entrances. The organisation was terrible; getting baked in the sun and not being able to leave the queue or you would lose your spot. There was ONE (!) toilet available and the waiting had taken up to 90 minutes! Thank GOD it was all worth it.

Madonna put on a hell of a show that night and even though there were some technical issues and she seemed a bit reserved, it was a definite night to remember. I remember standing front row in front of the left pit (M’s view) and feeling elated to seeing this fantastic show in my own country. I was so damn proud, now look at her, look how friggin’ amazing she is, how fantastic she sounds!

The Dutch press praised the show and even her vocal abilities!