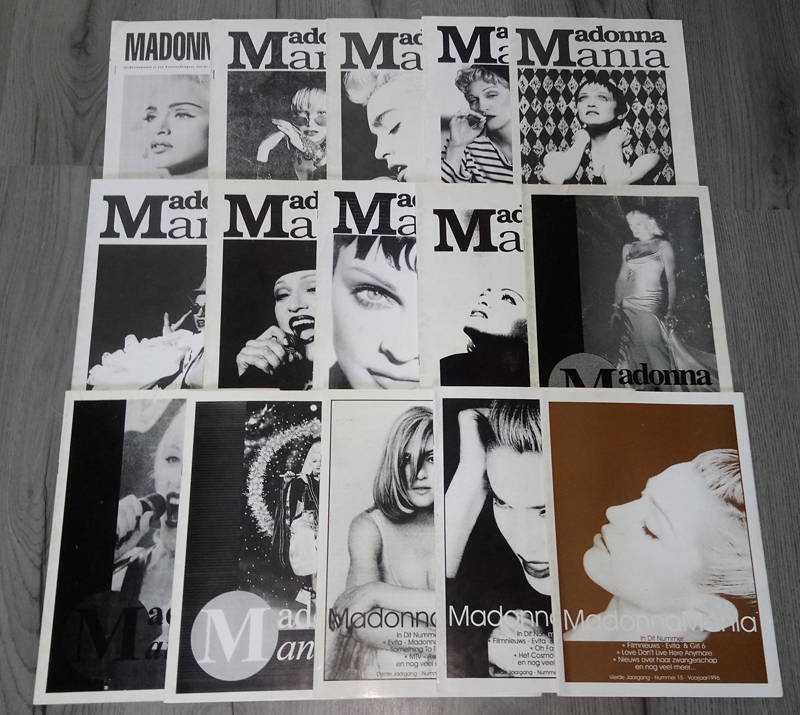 Let’s take a look and reminisce of the good ol’ days when we were all a member of a fanclub that sent out actual magazines! The one and only ICON was absolutely fantastic with high glossy magazines that even contained a personal note from The Lady M herself!

In Holland we had our fair share of Dutch fanclubs, but one that truly stood out to me was MadonnaMania! I was a member starting with their second issue in 1992 up until the end. I had to find out from Dutch magazine Hitkrant that there was such a fanclub, no internet in those days!

MadonnaMania published four magazines per year including the latest news, collector’s info, competitions and much much more. I knew I was beyond ecstatic when that big envelope dropped on my doormat, a new issue of MadonnaMania! Gosh I have read them dozens of times, while growing up and going to school defending your hero to your classmates (92-93 M wasn’t exactly cool according to them) this was my bible. What I also remember most was that they introduced me to record fairs, I found myself in heaven!

They also organised annual fanclub days of which I attended two; the first and second one. I clearly remember watching the Blond Ambition Tour and Girlie Show from Fukuoka on large screen as well as the infamous Letterman interview! I was even lucky enough to win an original Body of Evidence poster through one of their competitions and my name was mentioned in their issue number 4.

I still have all my magazines and still enjoy browsing through the pages every now and then. In this digital era nothing compares to a good ol’ magazine that you can actually hold in your hands!

Thank you MadonnaMania for the fun times!