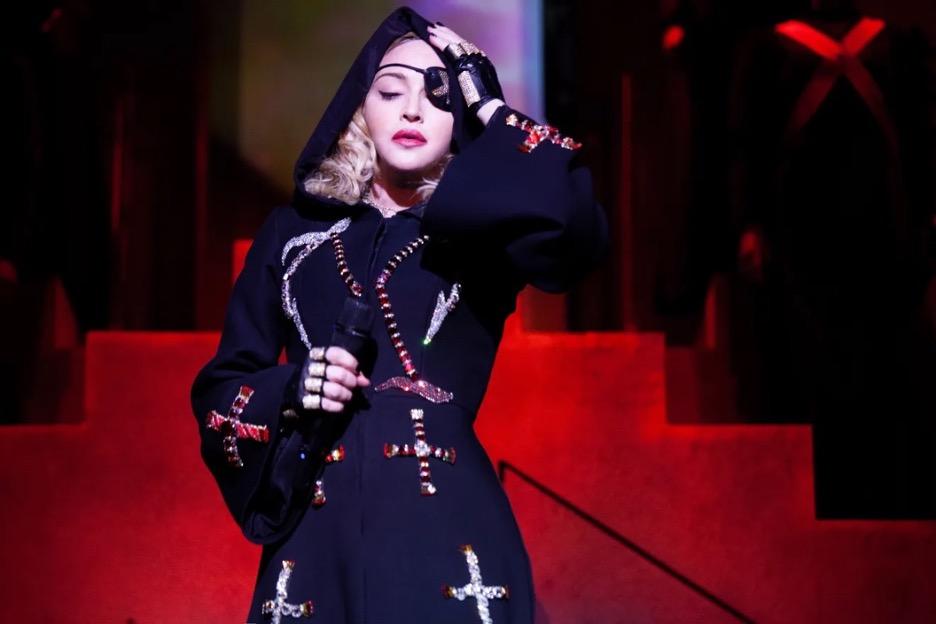 MADAME X premiered globally on Paramount+ Oct. 8 in the U.S., Latin America, Australia, the Nordics, Canada and, outside of these markets, on MTV. Called “impressive and willfully arty” by The Guardian and “a visual and aural tribute to the music and mystique of Madonna” by Decider, the film further solidified this pop icon as one of the most daring, unapologetic and thought-provoking artists of the 21st century. Staying true to the film’s arc and message that “artists are here to disturb the peace,” Madonna continues to push the envelope 40 years into her incomparable career, reminding us why she remains the world’s best-selling female artist of all time.

Filmed in Lisbon, MADAME X captures the innovative artist’s rare and rapturous tour performance, hailed by sold-out theatrical audiences worldwide. The unprecedented intimate streaming experience takes viewers on a journey as compelling and audacious as Madonna’s fearless persona, Madame X, a secret agent traveling around the world, changing identities, fighting for freedom, and bringing light to dark places. On stage during the production, Madonna is joined by a cast of nearly 50 performers, including her children, musicians and dancers from around the globe, and the all-female Orquestra Batukadeiras.

To coincide with the film’s debut, Warner Records released an accompanying digital soundtrack, entitled Madame X- Music from the Theatre Xperience. Showcasing 20 powerful live performances that touch on different eras of Madonna’s celebrated career – including her ninth #1 album, Madame X – the soundtrack peaked in the top 10 in 33 countries, including North America, and has reached #1 in an impressive 14 countries upon release. Madame X – Music from the Theatre Xperience is available on all digital download and streaming platforms worldwide.

MADAME X is directed by Ricardo Gomes and SKNX. The Madame X Tour was created and directed by a team led by Madonna, including Jamie King as creative producer and Megan Lawson as co-director and lead choreographer. Additional creative contribution and choreography by Damien Jalet, costume design by Eyob Yohannes, musical direction by Kevin Antunes and set design by Ric Lipson for Stufish Entertainment Architects.

MADONNA released her 14th studio album, Madame X, in 2019, which debuted at #1 on the Billboard 200 chart. Following the success of the album, the seven-time GRAMMY Award winner embarked on the sold-out Madame X Tour, a series of rare and intimate performances that took place exclusively in theaters and gave fans around the world an opportunity to see Madonna in an environment like they had never seen before. The New York Times said, “Her Madame X show reimagines pop spectacle for a theater stage, merging her newest music and calls for political awareness with striking intimacy.” Madonna is currently developing her biopic, which she will direct. The film will follow Madonna’s rise to prominence as the culture-shaping musician, actress, director, author and entrepreneur she is today. Beyond her music career, Madonna is the co-founder of Raising Malawi, a non-profit that is dedicated to helping with the extreme poverty and hardship endured by Malawi’s one million orphans, primarily through health and education programming.