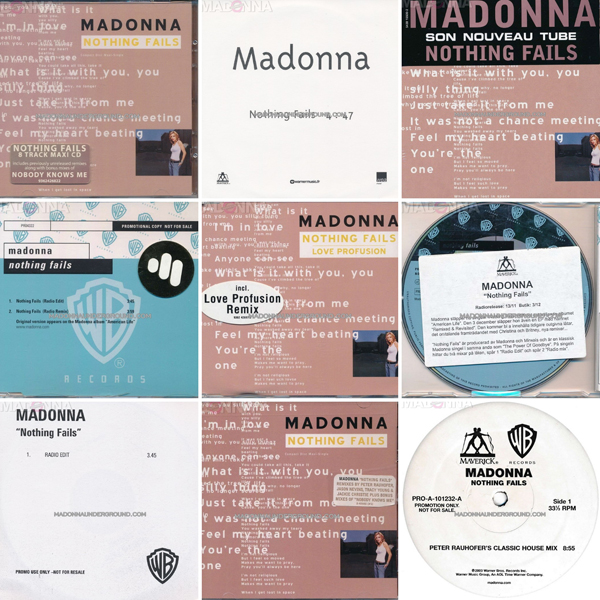 One of Madonna’s most memorable songs is without a doubt ‘Nothing Fails’, critics thought it to be a follow-up to the classic ‘Like a Prayer’ because of the fantastic use of the choir. Many fans felt it should’ve been the lead single off of American Life, but Madonna and Warner Music had different ideas.

The song was eventually released as official third single off the album but unfortunately without a music video to support the track. Many radio stations thought the song wasn’t ‘radio friendly’ resulting in a severe lack of airplay. A missed opportunity as it’s such a gem of a song! Madonna did perform the track during her ‘Re-Invention Tour’ in 2004 on guitar, but sadly hasn’t been performed since. The song would have fit perfectly in her current Madame X Tour.

For the discography we have collected 16 pressings, click HERE to view