To many the absolute highlight in Madonna’s career as an actress…..her extremely impressive performance in EVITA has now been added to our Filmography

A role she’d been dying to play, a role she completely set her mind to, a role she was willing to beg for. Madonna became EVITA and she did not disappoint, she impressed even her most harsh critics and was awarded with a Golden Globe and rightfully so. The woman acted and sang her heart out, it truly was the role she was born to play.

We have set up a very extensive online gallery to everything EVITA: 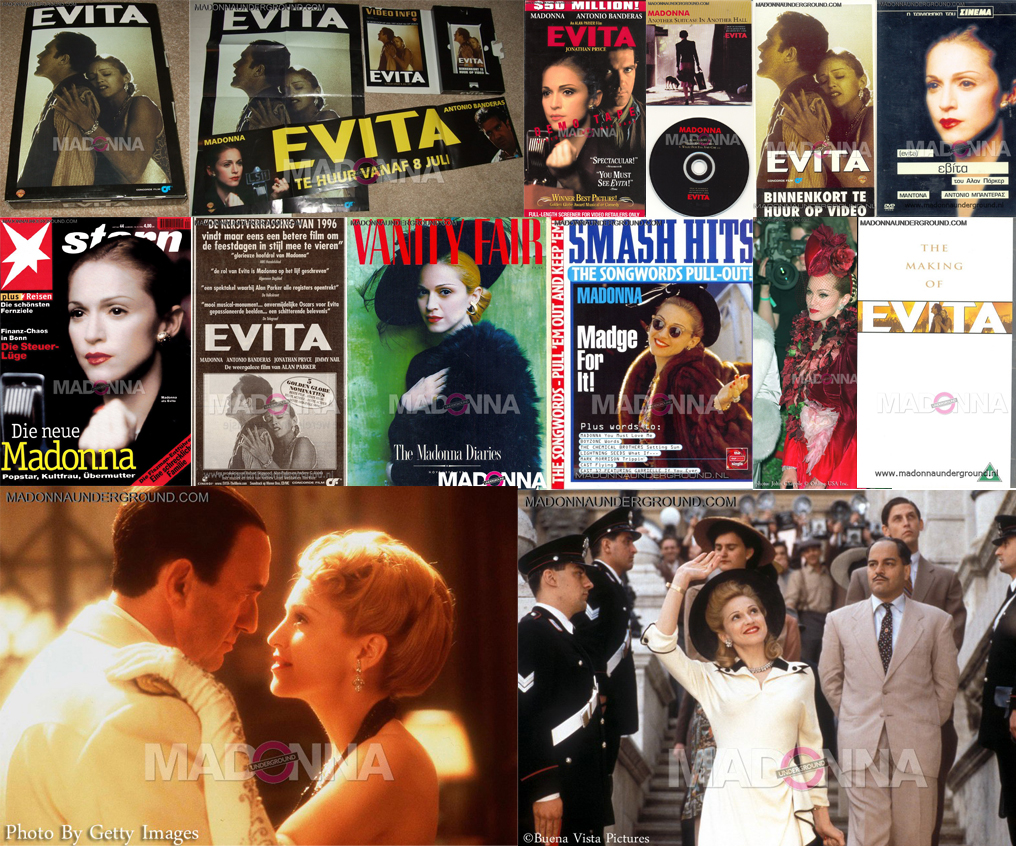