Yes we are almost at the end of Madonna’s current Filmography, its been quite a ride and hope you enjoyed the tons and tons of scans, info and videos.

Madonna’s film ‘W.E.’ is nothing but stunning from start to finish in this visually beautifully done film. After her debut as a director with ‘Filth and Wisdom’, Madonna became obsessed with the story of King Edward III and Wallis Simpson and read every single thing she could find, just so she was sure the movie paid tribute to them. No one could deny that the film was a fiest for the eyes, every little detail, so subtle and wonderfully done. M deserved nothing but praise for this was only the second film for her to direct, and such a brave effort at that!

MadonnaUnderground is very proud to have helped with the Dutch promotion for the film, which was distributed by Dutch FilmWorks. We officially premiered the Dutch film poster, organised many competitions, attended screenings and just had an all over wonderful collaboration.

We have gathered so much for you to see in our W.E. online archives, lets sum it up:

This one will take up some of your time, so sit back and relax and start clicking away in W.E. 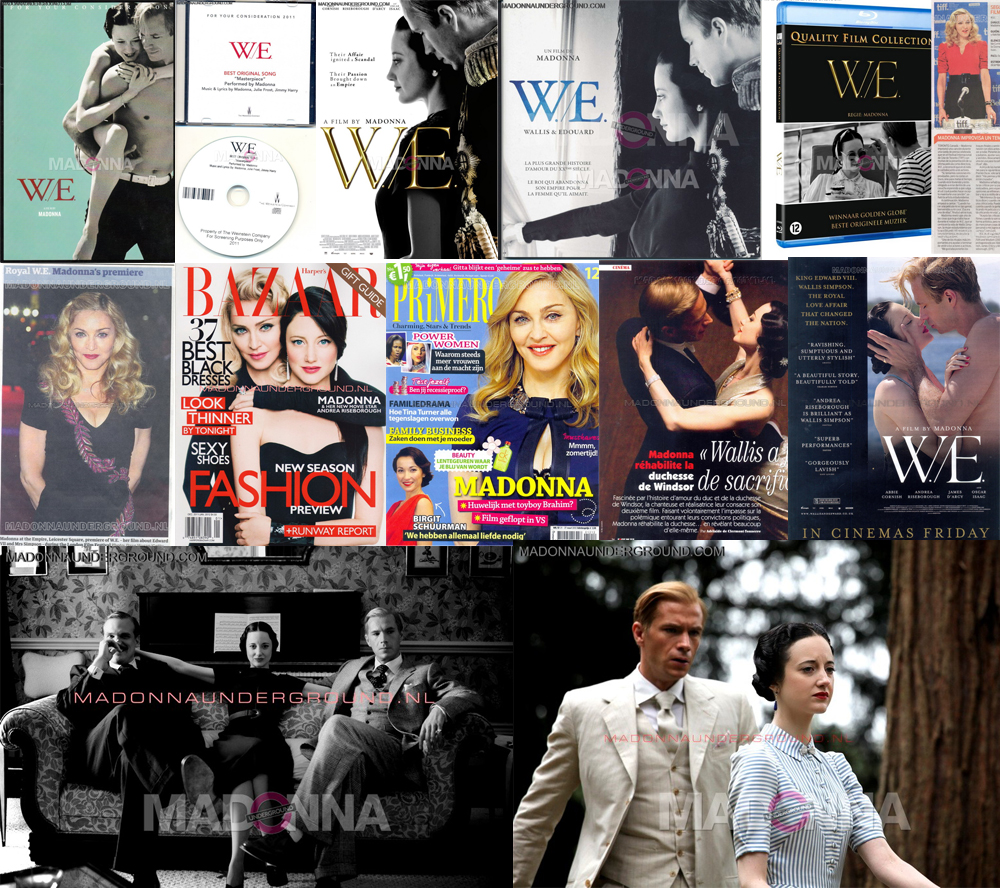