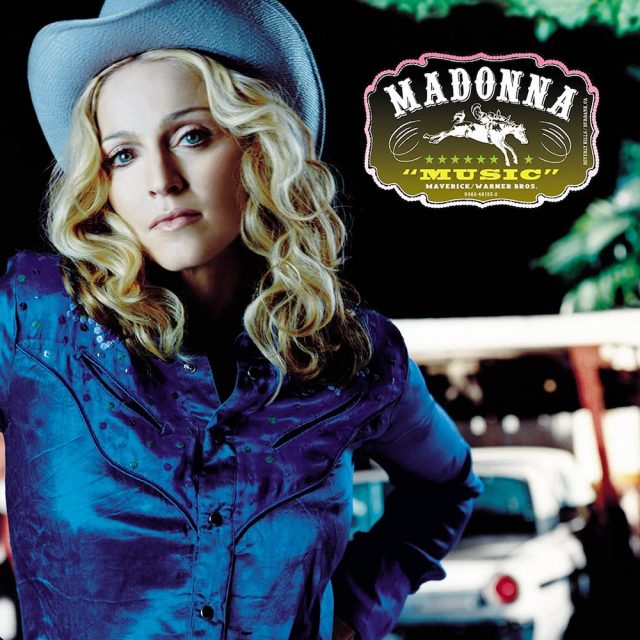 “This is the future of sound.” This was Madonna, talking to Billboard in August of 2000. She was describing the French producer Mirwais Ahmadzaï, her main collaborator on her new album Music — and, by extension, she was describing her new album itself. Madonna has a long history of making imperious and slightly ridiculous statements, and this one certainly seems like it belongs on the list. But she wasn’t exactly wrong.

Music, an album that will turn 20 tomorrow, anticipated a lot of things: Thudding big-room electro-house, aggressive vocal manipulation, ecstatic lyrical meaninglessness, acoustic guitars chopped up and refracted into unrecognizable shapes, joyous hedonism, robot voices, the half-ironic embrace of cowboy kitsch. Madonna didn’t invent any of these things, but most of them had been just about absent from mainstream pop music around the turn of the millennium. Madonna dove giddily into all of them, and many of those decisions would prove prescient. Looking back at the past 20 years of pop music, you will see a whole lot of Music. Maybe this stuff wasn’t the future of sound, but it was the future of something.

Music followed just two years after Madonna reinvented herself as a spiritual dance-music mystic on Ray Of Light, an album that at least gestured toward singer-songwriter profundity. Madonna had just become a mother and gotten interested in things like Kabbalah and Hinduism, and she sought to actively move past the plastic excess of her ’80s roots, working with the English producer William Orbit to find something softer and deeper. This was a canny move in a career full of them; Ray Of Light was a tremendous success. But two years later, Madonna made another hard pivot away from that, and her decision would prove just as canny.

Madonna had played around with the idea of touring behind Ray Of Light. Instead, she acted — first taking a role in Wes Craven’s Music Of The Heart, then dropping out of that and starring instead in the mostly-forgotten 2000 romance The Next Big Thing. Along the way, she got pregnant once again, and she spent her pregnancy working on a new LP. Madonna’s son Rocco was born a month before Music came out; she was five months pregnant when she shot the video for “Music,” the most recent of her 12 #1 hits. (Rocco’s father was Madonna’s future ex-husband, the British crime-caper filmmaker Guy Ritchie. Later on, Ritchie would direct Madonna in her “What It Feels Like For A Girl” video and in the disastrous 2002 flop Swept Away.)