Did you know that Madonna’s “Like a Prayer” wasn’t her first ‘scented’ release? Decades later we are still smelling the patchouli.

According to various reports, the second single from the “Like a Virgin” album, “Material Girl” was scented with Chanel no.5!

In its full 12″ glory, it’s no ordinary record. It’s perfumed with the tres expensive scent of Chanel No.5. Pretty Groovy huh?

I have sniffed at my promotional 12″ record of “Material Girl” (with press release) but other than it being musty with mothballs I could not locate any trace of Chanel no.5……… 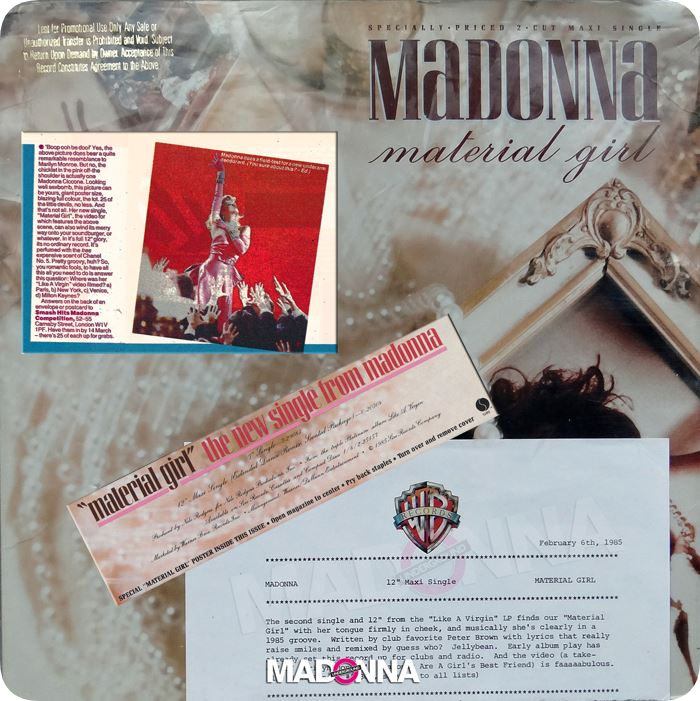