Madonna’s ‘Music’: Looking Back At The Classic Album 20 Years On 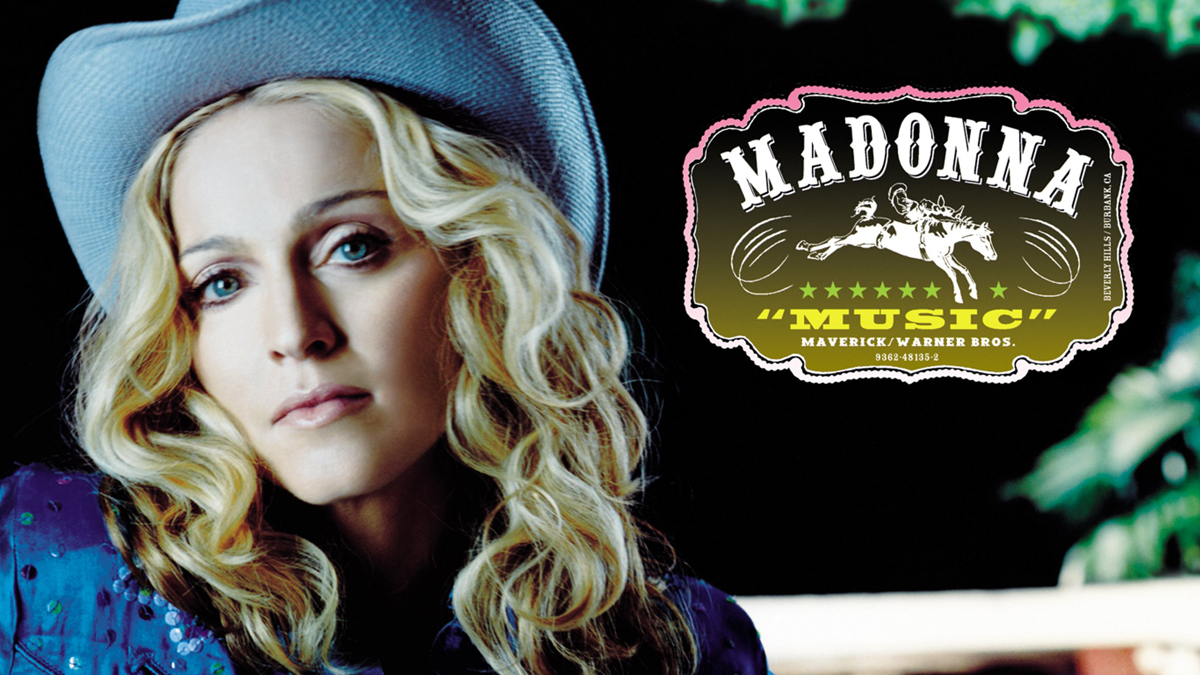 It’s been 20 years since Madonna released her ‘Music’ album. Decked as a cowgirl on the album cover, ‘Music’ is an eclectic group of tracks that gave us electro-clash, funky r&b, trippy dub and a cover of Don McLean’s ‘American Pie’ bolted on to the end.

Coming two years after her critically acclaimed ‘Ray of Light’ album, Madonna launched the ‘Music’ era with the title track of the album. A tribute to music bringing everyone together, the track itself mixes funk, R&B and electro to make an irresistible dancefloor classic. It sounded fresh, yet familiar at the same time. Madonna even got outrageous comedian Sacha Baron Cohen to bring his controversial Ali G character as her limo driver in the video. Let’s remind ourselves of the video below:

The track shot straight to the top of the Official UK Singles Chart giving her an amazing 10th No.1 (she remains the female artist with the most UK Number 1 singles today with 13). Madonna co-wrote the track with French record producer and songwriter Mirwais who also worked on several other tracks on the album. It was the start of a winning partnership and she has gone on to work with Mirwais on further studio albums ‘American Life’, ‘Confessions on a Dancefloor’ and her latest masterpiece ‘Madame X’. His unique vocal-chopping and effects played strongly into created the electroclash sound of the album. Perhaps this is most apparent on track two of the Music album, Impressive Instant. This track is definitely a highlight for me and contains the hooky lyric ‘I like to singy, singy, singy. Like a bird on a wingy, wingy, wingy.’ Not many artists could get away with that but Madonna and Mirwais pull that off with aplomb.

The album followed the title track to Number 1 on the UK charts at the end of September 2000, spending two weeks at the summit and staying in the Top 100 for a whole year (in total it’s had 73 non-consecutive weeks in the Top 100). A second official single was released in the form of the more mellow ‘Don’t Tell Me’, in December 2000.