Madonna did not spend her usual New Year’s holiday at the Swiss ski mecca Gstaad. Instead, she is headed to Mexico to prepare for the third leg of her Rebel Heart World Tour. Last week, Madonna topped all the concert boxscore figures, as Billboard reported on the success of the tour. 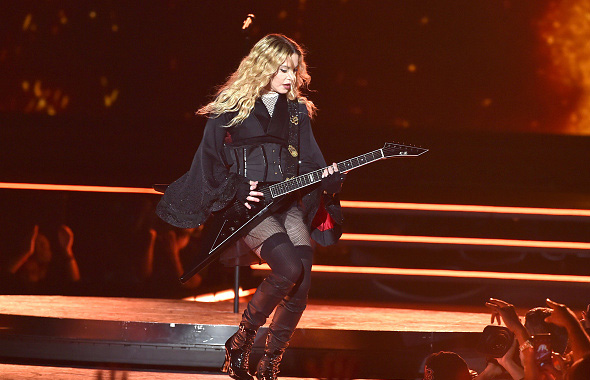 Billboard adds that overall sales from the Rebel Heart tour now total $80 million from 45 concerts during the first two legs of the tour. So far, every single show has been completely sold out. The Rebel Heart Tour has also garnered the best reviews of any Madonna tour to date.

Madonna kicks off the third leg of her tour in Mexico City on January6. She then moves to cities such as San Antonio, Texas; Houston, Texas; and Tulsa, Oklahoma. The Rebel Heart Tour is expected to make between $170 and $200 million when it’s all finished.