Madonna gestures after visiting the paediatric surgery and Malawi’s first ever intensive care unit under construction, at Queen Elizabeth Central Hospital in the southern city of Blantyre, Sunday, July 10, 2016. The pop star has been in Malawi for a week during which she has met with President Peter Mutharika and health minister Peter Kumpalume. Madonna, who has adopted two children from Malawi, is scheduled to visit Queen Elizabeth Central Hospital on Sunday to view the pediatric unit where construction started in May 2015 and which is expected to open in early 2017. (AP Photo/Thoko Chikondi) 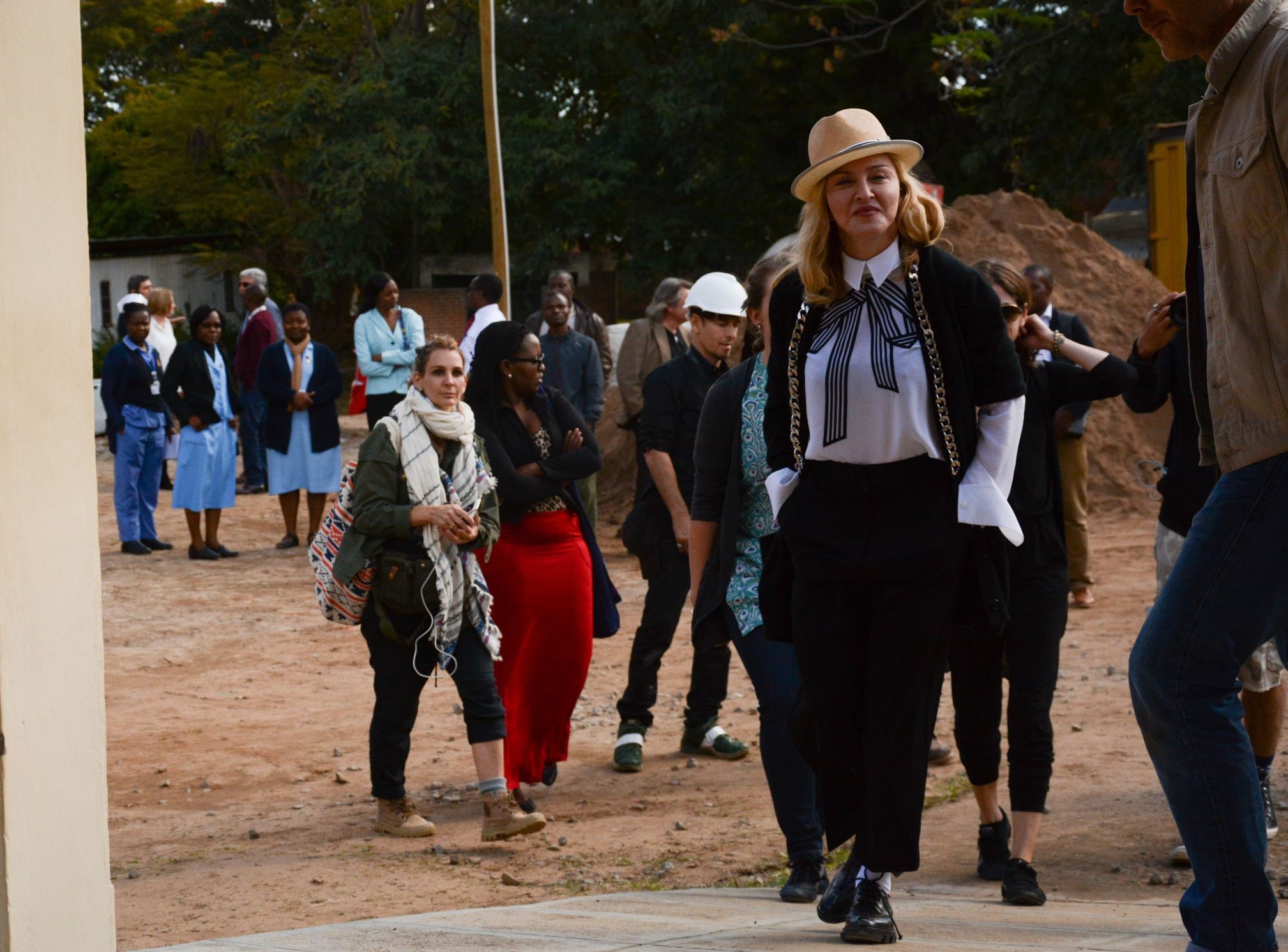 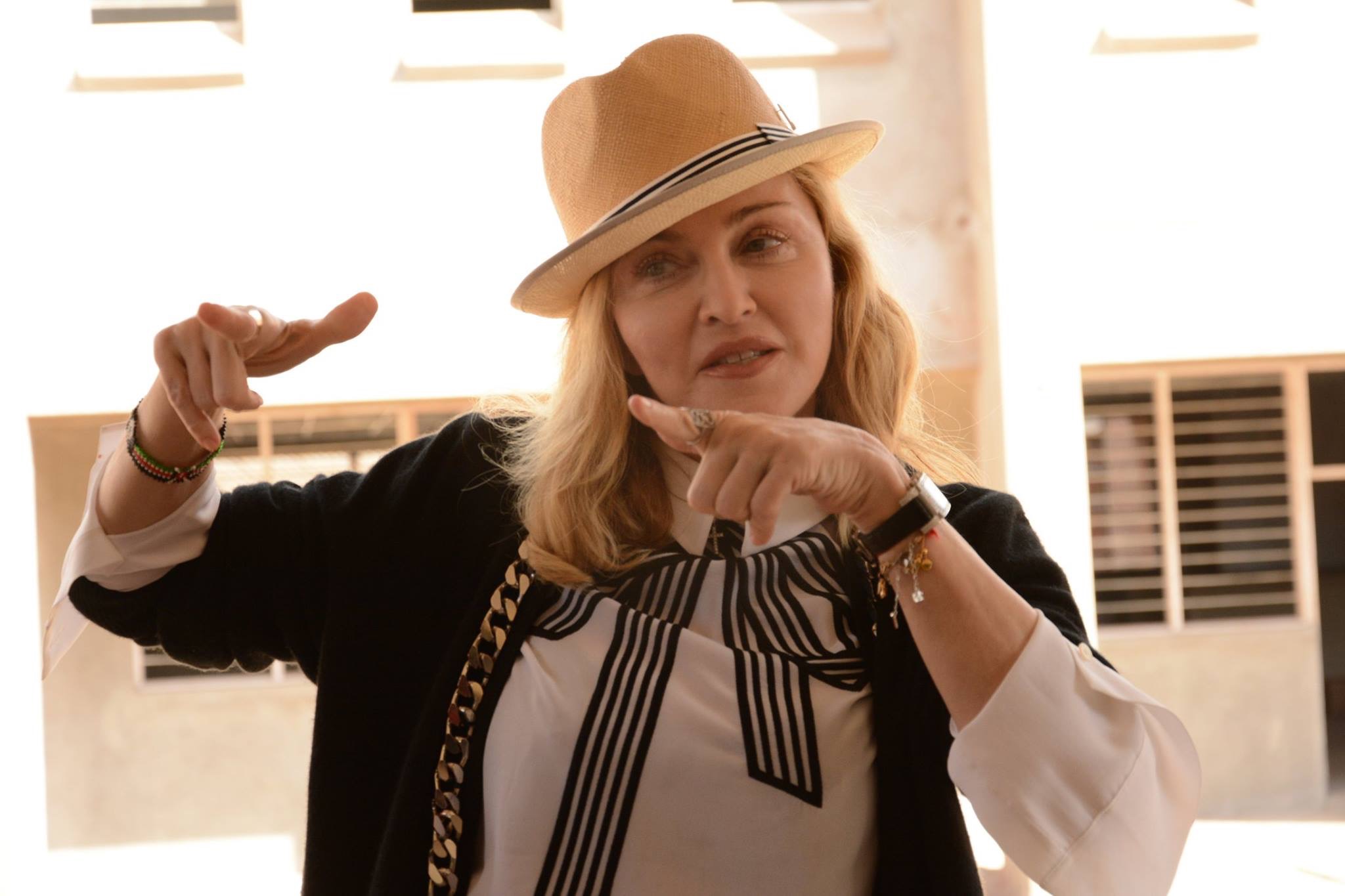