Pop diva Madonna and her two adopted Malawian children have flown into the impoverished southern African nation to inspect a hospital project she is funding there, her charity Raising Malawi said Friday.

It is the first time in nearly two years that Madonna has visited the country, where she has at times been embroiled in controversy after her adoption of David Banda in 2006 and Mercy James in 2009.

She is reportedly the biggest individual donor to children’s projects such as orphanages in Malawi, which is ranked by the UN Human Development Index as one of the world’s 20 least developed countries. 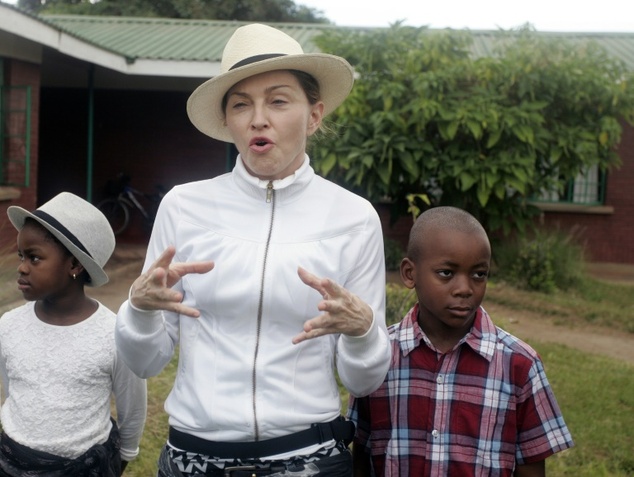 In 2013, Madonna and her Malawian adopted children, David and Mercy visited the Mphandula Children’s Carecentre in Namitete, Malawi ©Amos Gumulira (AFP/File)
Her latest project is a 50-bed surgical unit for children at the Queen Elizabeth hospital in the commercial capital Blantyre, complete with three operating theatres, a day clinic and the country’s first paediatric intensive care unit.

“The facility being funded by Madonna will greatly assist us because it will be particularly equipped for children’s surgery,” paediatric specialist Eric Borgstein told AFP.

Borgstein, who is a partner in Raising Malawi and one of just three paediatric surgeons in the country, said the unit would double the hospital’s capacity for surgery on children.

The current intensive care unit of the poorly-equipped hospital, which was built in 1958 and serves the 600,000 population in Blantyre, has just four beds.

Madonna, who has reportedly rented the entire upmarket Kumbali Country Lodge near the capital Lilongwe to ensure her privacy, will visit the project on Sunday.

It is due to be completed by the end of the year.

Madonna has in the past said Malawi was “special because that’s where I adopted my two children”.

But her enthusiasm hasn’t always been reciprocated.

She was stripped of her VIP status by former president Joyce Banda in 2013 amid controversy over the cancellation of plans for a $15 million academy for girls when it became mired in allegations of mismanagement.

Banda’s government accused Madonna of being “uncouth” and of bullying state officials, saying she “wants Malawi to be forever chained to the obligation of gratitude” for having adopted two Malawian children.

But Banda was ousted in 2014 elections and the new president, Peter Mutharika, moved to repair relations, saying “my government has always been grateful for the passion Madonna has for this country”.