Madonna sent fans into overdrive on Thursday (July 18), when she shared a clip of her rehearsing a hit single she’s never performed live before: “Rescue Me.” (Watch below.)

“Rescue Me” peaked at No. 9 on the Billboard Hot 100 in March of 1991, and was one of two new tracks she recorded for her first greatest hits album, The Immaculate Collection, which was released the previous year.

Madonna is prepping for her upcoming Madame X Tour, which launches on Sept. 12 in New York, and has been posting photos and videos on her social media accounts from tour rehearsals. 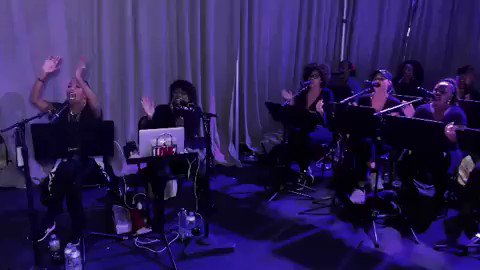 “Rescue Me” is one of Madonna’s three top 10 Hot 100 hits (out of 38) that she’s yet to perform live. That factoid was brought to Madonna’s attention back in May, when Billboard interviewed the Queen of Pop backstage during the show.

In the chat, Billboard appealed to Madonna to consider playing one those three tunes on the Madame X Tour. (The other top 10s she’s yet to sing live? “This Used to Be My Playground,” a No. 1 hit from 1992; and “I’ll Remember,” which spent four weeks at No. 2 in 1994.) Watch the exchange in the interview, below, starting at the 6:10 mark.

“I’ll tell you why [they haven’t been performed]: Because they’re very laidback dreamy songs,” she said, suggesting that they don’t fit into her very high-energy, kick-butt shows.

Madonna: “‘Rescue Me’’s kinda dope! I’ve actually… I’ll consider that one. Your love has given me hope, OK? To quote the song.” (Listen to the original version of the tune, below.)

The Madame X Tour is slated to play 81 dates in theaters in 10 cities in the United States and Europe. The trek, in support of her No. 1 Billboard 200 album Madame X, will wrap on March 4, 2020 in Paris at the Le Grand Rex.