Madonna has paid tribute to Eminem‘s support for gun control during her latest London Palladium show.

The singer performed a stripped-back rendition of Simon & Garfunkel’s classic ‘The Sound of Silence’ – the track which is sampled on Eminem’s video for ‘Darkness’, released last month (January 17), which calls for tighter US gun control measures.

Madonna spoke between lines of the song to say ‘yes, gun control,’ and ended the brief performance by saying: “And that’s what you want to hear. Not guns. The sound of silence.” Watch the clip, posted on Twitter by the artist herself, below. 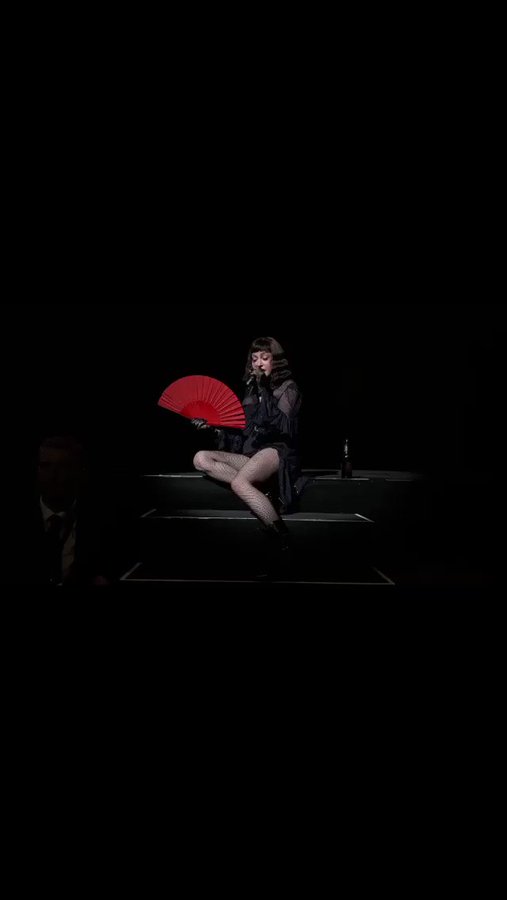 The tweet was captioned “Thank you @Eminem”. In the song ‘Darkness’, from last month’s (January 17) surprise album ‘Music To Be Murdered By’, Eminem raps from the point of view of a shooter targeting concertgoers from a hotel room.

The music video visualises the scene, which is a reference to the 2017 Las Vegas shooter who killed more than 50 people attending the Route 91 Harvest music festival.

Although Madonna praised the rapper for addressing gun control, many of her fans were quick to remind her that Eminem also attracted criticism for ‘Unaccommodating’ from the same album – which features a controversial reference to the Manchester Arena attack in 2017.

“I’m contemplating yelling ‘Bombs away’ on the game/Like I’m outside of an Ariana Grande concert waiting,” he raps on the track.

In response, some fans noted that, despite the insensitive line, Eminem did take to social media to offer support immediately following news of the terrorist incident.

On Wednesday (February 5), Madonna accused the London Palladium of trying to “censor” her after claiming the theatre pulled the curtain down when she went beyond her curfew.

The Queen of Pop spoke out after the latest performance of her Madame X residency was seemingly cut off for running over the allotted 11pm end time.

A spokesperson for LW Theatres, however, has refuted her claims. “Contrary to a number of reports, at no point during last night’s performance did staff at The London Palladium pull down, or attempt to pull down, the Iron Fire Curtain,” they said in a statement issued to NME.