Madonna on Graham Norton tonight on BBC One 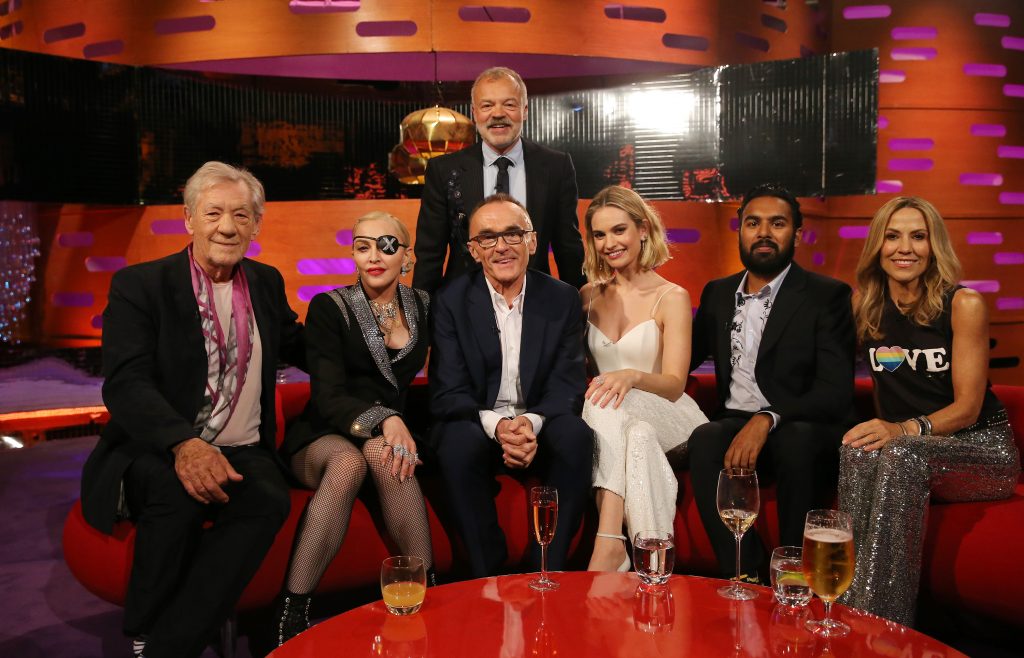 Pop superstar Madonna chats about her new album Madame X and upcoming shows at the London Palladium, while actor Ian McKellen talks to Graham about touring and turning 80. Director Danny Boyle and actors Lily James and Himesh Patel discuss their new comedy fantasy Yesterday, which tells of a struggling musician who realises something unexpected after an accident, and Sheryl Crow performs her new single Still the Good Old Days.