The Celebrating Pride Collection boasts a total of 14 titles, including live shows and documentaries. All are available to stream now via Qello’s website and Amazon Prime.

Among the 14 selections in the Celebrating Pride Collection are concert films from Madonna’s 2008 – 2009 Sticky and Sweet Tour and Cyrus’ 2014 Bangerz tour. It also boasts Lady Gaga’s The Monster Ball Tour at Madison Square Garden, Kylie Minogue’s Aphrodite: Les Folies — Live in London, and Elton John’s The Red Piano, which captures his mid-2000s residency at the Colosseum in Las Vegas.

To preview the collection, Qello has shared a handful of clips from several films in the series, including a clip of Lady Gaga performing “Bad Romance,” Madonna doing “Ray of Light,” and Cyrus doing “We Can’t Stop.” 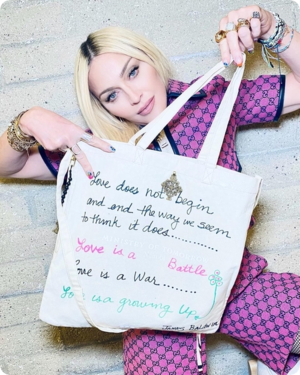