Madonna in Hong Kong: Will the Queen of Pop finally get into the HK groove and, if so, where will she play? 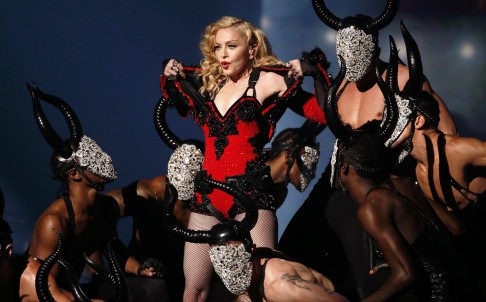 Pop legend Madonna is being strongly tipped to make her Hong Kong debut in February – despite the city’s lack of big venues to accommodate top international stars.

Industry sources say the “Queen of Pop” is likely to fit Hong Kong into the Asia-Pacific leg of her Rebel Heart Tour next year.

Madonna will play two shows in Manila on February 24 and 25, followed by March dates including her debut in Auckland, New Zealand, and her first Australian gigs in 23 years, in Melbourne, Sydney and Brisbane.

Tour organiser Live Nation declined to comment, but it has been reported that the Grammy-winning star would perform not just in Hong Kong but also in Taiwan and Macau.