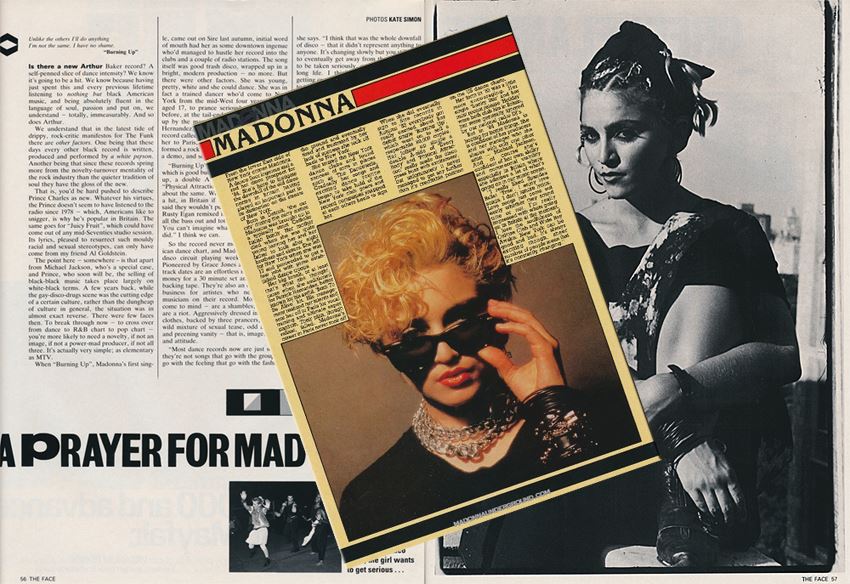 You know an article isn’t an exclusive when you discover the same mistakes made in multiple articles. Such an example is the early interview The Face magazine published with Madonna in September, 1983. Madonna’s debut single is “Burning Up” and the follow-up is “Everybody/Physical Attraction” when we all know it was the other way around. The more difficult to find Chart Beat magazine published an article in January 1984 which is basically a shortened version of the interview previously published in The Face. Though the nice picture that goes along with it, makes it worthwhile to collect.