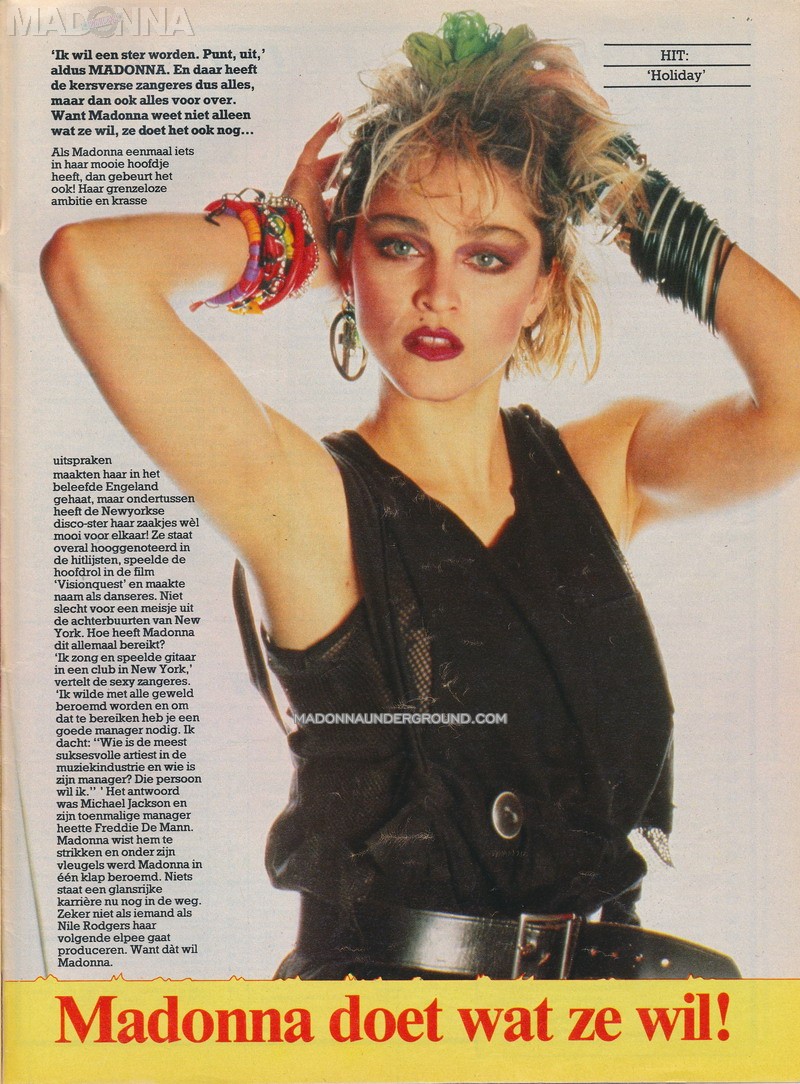 This is one of the earliest articles on Madonna that appeared in the Dutch media. This article is from Hitkrant (April 7 1984) and has been added to ‘The First Album’ page HERE

‘I want to be a star’ says MADONNA. The singer is willing to give it her all. Because Madonna not only knows what she wants, she goes and does it too….

Once Madonna wants something, she is determined to make it happen! The polite England dislikes her for her boundless ambition and attitude, but the star from New York knows her business! She is a hit in the charts, played the leading role in ‘Visionquest’ and made a name for herself as a dancer. Not bad for a girl from the backstreets of New York. How did Madonna accomplish all this?

‘I sang and played the guitar in a club in New York’ says the sexy singer. ‘I wanted to become famous and to reach that goal I needed a good manager. I thought: ‘who is the most succesful artist in the music industry and who’s his manager? I need him.” The answer was Michael Jackson and his former manager Freddie De Mann. Madonna got him and under his wings she was famous instantly. Nothing stands in the way of a glorious carreer now. Especially now that Nile Rodgers will be producing her next record. Because THAT is what Madonna wants.

Madonna does what she wants!

When this article appeared in the weekly Hitkrant ‘Holiday’ was becoming a big hit in The Netherlands and climbed from number 17 to number 12 in its 4th week in the official Dutch Top 40. Her debut album climbed from number 46 to 39 in its third week.

Stay tuned for MANY articles to come!