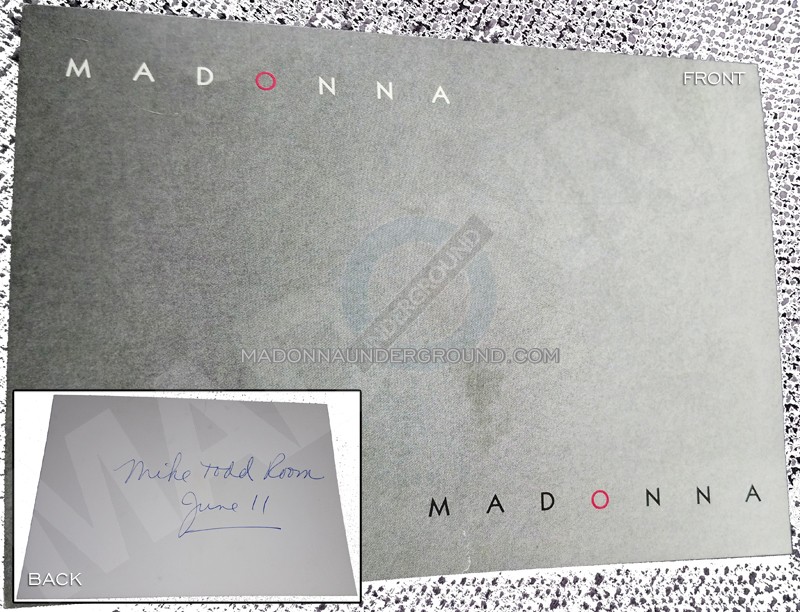 To celebrate the 36th anniversary of Madonna’s debut album we have added the following item to our ‘MADONNA’ album promo page.

This is an extremely rare promotional (post)card in big size with the album’s logo on the front. Now I had never seen one before and didn’t knew it existed until I got this one straight from Warner Bros’ archives in New York. The back of the promotional card is blank, however my copy has interesting handwritten notes on it that say

These details refer to the location of the official After Party for the final night of The Virgin Tour in the Mike Todd Room at The Palladium in New York City on June 11 1985.