MADAME X the Dutch releaseparty at Concerto – 1 year ago today! 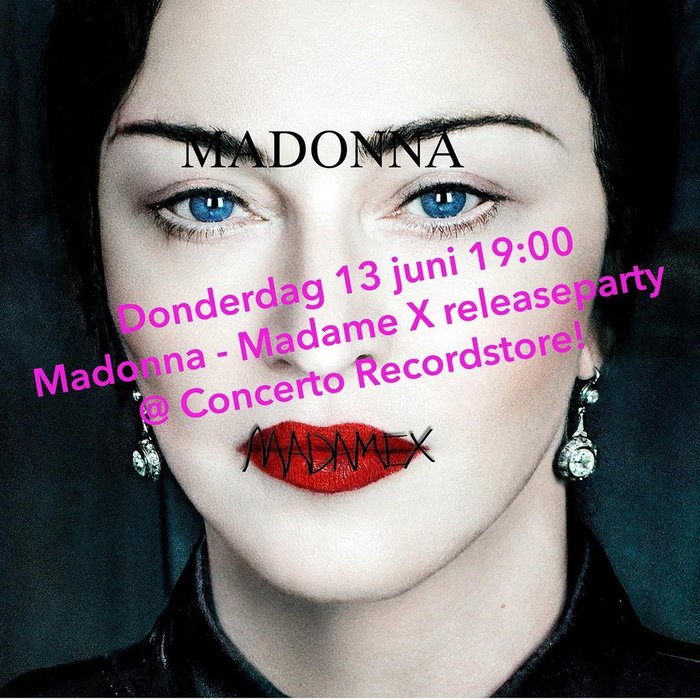 It’s one year ago today that we Dutchies were able to purchase Madonna’s brand new album ‘MADAME X’ at Concerto in Amsterdam.

A turn in traditions as we usually celebrate a new Madonna release at FAME Megastore in Amsterdam, and while that location WAS planned to celebrate the release too, in the end it didn’t happen. 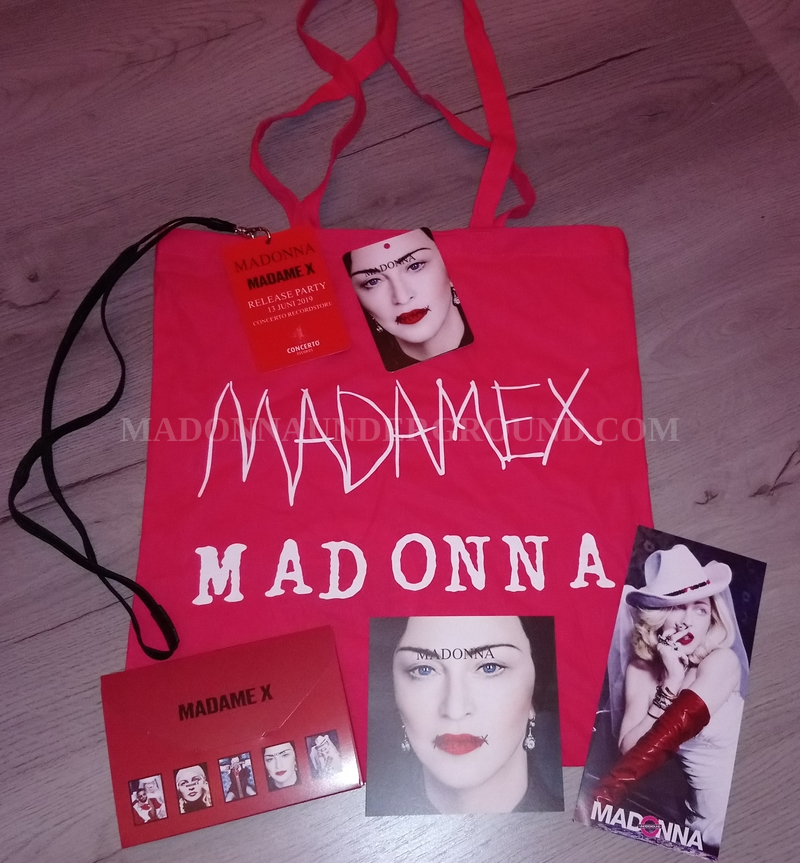 Concerto however with its superb location and history made a fantastic party happen. Weeks before the date we started to exchange e-mails between MadonnaUnderground, Concerto and Universal Music to discuss the event.

We already had an incredible single (Medellin) and were looking forward to whatever Mirwais and Madonna cooked up together this time.

To treat people attending the Dutch releaseparty we all made sure there was a nice goodiebag for giveaway for the first 200 people. The goodiebag contained an official Dutch postcard set, a laminate for the party, bookmark, large postcard and the dedicated Madame X bag itself.

The party was shared on Madonna’s official website (madonna.com) and a lot of people were looking foward to it.

The day had arrived and it was a particular stressful one for me personally as I had a double date that night (actually a triple date but London with M was just not doable) I was also holding a ticket to Mariah Carey’s Caution show that same evening at Ziggo Dome in Amsterdam. But I was going to make it to both, I was determined to Make It Happen ;) 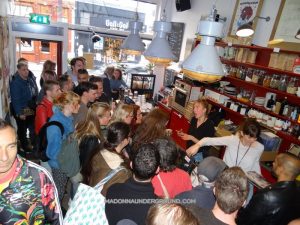 Besides the goodiebag there were also two different official Madame X posters to give away. When the store opened for the party and the posters were given out, we ran out of stock quickly so there was a 1 poster per person policy (thank you to all for understanding). Our own team member Amon was once again the DJ of the night to spin various Madonna tracks before launching into Madame X the album.

Me and Dave were helping out at the cashier’s register, handing out the posters and goodiebags. I was already familiar with the stellar songs on the album (thanx to tracking down leaks) but for Amon and Dave it was their first time hearing it. Of course when you’re busy helping out there is not much room to give your ears an easy listen, but what Dave and Amon heard they really liked.

The store was filled with fans and everyone danced to the tracks, I chatted to a bunch of people and we had a lot of fun. When the album almost finished I really had to go and leave for the scheduled concert but made it just in time. There I was at a Mariah Carey concert wearing a Madonna sirt, Madonna jacket and a Madonna laminate. People must’ve thought I was at the wrong show…….

To see our full photogallery of the release party click HERE