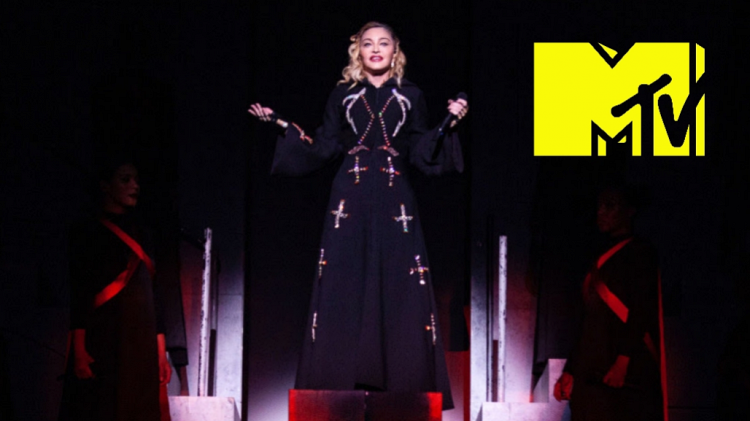 The “Madame X Tour” promoted Madonna’s last album of the same name, which debuted at number one on the Billboard 200 in 2019. At the concerts, you could hear songs from the latest album, there were also famous hits and songs that are the most popular among listeners. The queen of pop on stage played the role of Madame X – “traveling around the world, changing identities, fighting for freedom and bringing light to dark places” of a secret agent. The linguistically diverse album, inspired by the life of an artist immersed in the rich cultural influences of Lisbon, is like a love letter to diversity and a testimony to and respect for Madonna’s changing influence on global culture.

The scenes presented in the film were shot in Lisbon. As many as 48 performers performed alongside Madonna, including the singer’s children, musicians and dancers from around the world, and the female formation Orquestra Batukadeiras. Their performance of the song “Batuka” brings to mind Batuque – a musical style created by women from Cape Verde. Ricardo Gomes is responsible for directing the movie “Madame X”, SKNX is the co-director and Kevin Antunes is the musical director. “Madame X Tour” was created and directed by a team led by Madonna. It included Jamie King as Creative Producer and Megan Lawson as Co-Director and Principal Choreographer. Additional creative input and choreography were prepared by Damien Jalet, and the costumes were provided by Eyob Yohannes. The scenery was created by Ric Lipson from Stufish Entertainment Architects.

Madonna is an undisputed icon of pop music. The seven-time Grammy winner set out on the “Madame X Tour” after the success of the latest album of the same title. Currently, the singer is working on her biographical film, which she will also direct herself. The image is intended to show the path that the artist had to travel to achieve fame in music, acting, directing, writing, and to become the entrepreneur she is today. Madonna is also a co-founder of Raising Malawi, a non-profit organization dedicated to helping combat extreme poverty and the hardship faced by millions of orphans in Malawi.

The production of “Madame X” will go to the library of the Paramount + streaming platform. On the same day in Poland, “Madame X” will be available on October 8, 2021 at 21.00 on MTV Polska.