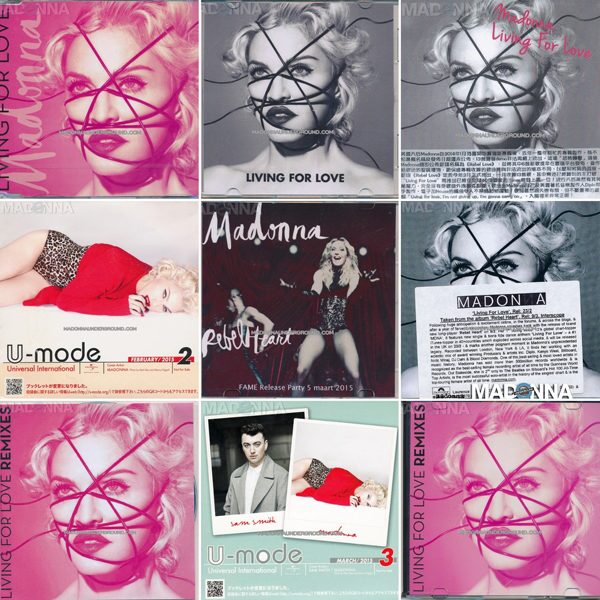 Living For Love was the lead single of Madonna’s 2015 album ‘Rebel Heart’. Originally scheduled for release on Valentine’s Day but rush-released in December 2014 because of the infamous leaks. The music video wasn’t released until February 2015 and premiered on Snapchat. Madonna performed the track for the very first time at the Grammy Awards and later at the Brit Awards where the notorious fall down the stairs occurred. She also performed the song at Jonathan Ross, Le Grand Journal and The Ellen Show.

For the collectors there was very little to hunt down, aside from a couple promotional discs there was a 2 track and 4 track CD single.