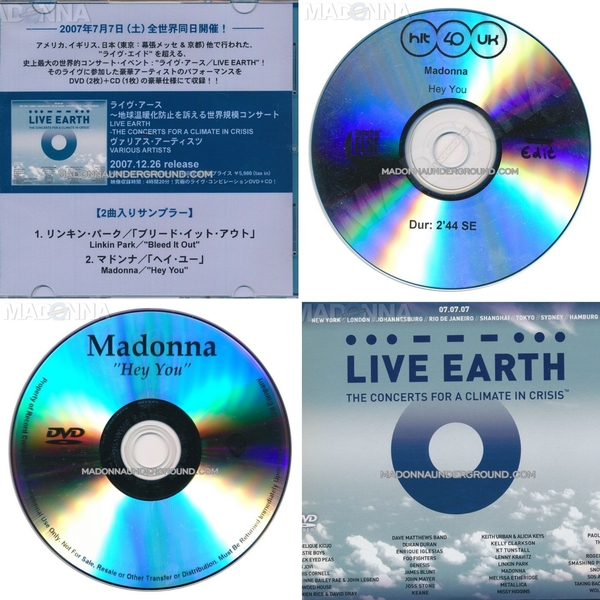 Madonna wrote the song and co-produced it with Pharrell for the upcoming Live Earth concert and campaign (2007). It was quite a different tune after the disco dance tunes from ‘Confessions on a Dance Floor’.

First available as a free download and later as a digital only single, it did not do much in the charts.

Since there were no physical copies pressed, our discography limits itself to a couple of promo only discs. This includes the promo CD by Hit 40 UK Radio show (Somethin’ Else) that contains the rare and unreleased ‘edit’ of the song that clocks in at 2:44.

Check the discography out HERE