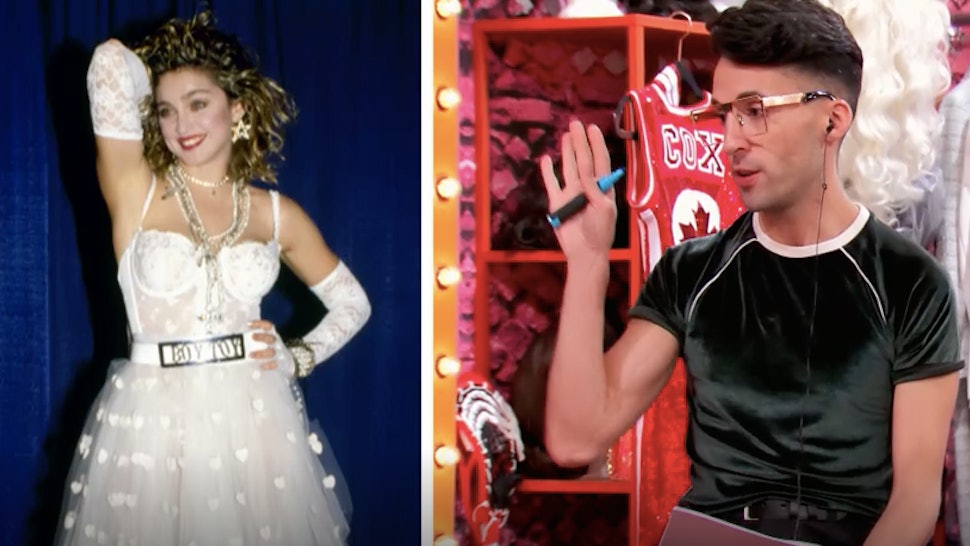 If you saw the Cher-themed Drag Race Rusical in Season 10, you were not “Like a Virgin” watching Season 12’s musical challenge: “Madonna: The Unauthorized Rusical.” During the April 10 episode, each queen embodied a different moment from the Queen of Pop’s iconic career, from “Lucky Star” all the way up to “B*tch I’m Madonna.” Some found it easy to express themselves, while others were “Borderline” b-a-d. Here’s the performance breakdown.

Jan Was an Unlucky Star

The singer and performer in Jan was born ready for this challenge, and her ode to early Madonna’s “Lucky Star” music video was spot on. The vocals! The hair! The lewk! She was truly deprived of a well-deserved win.

Brita’s Cone Bra Couldn’t Save Her

When Madonna debuted the cone bra corset on her 1990 Blond Ambition Tour, it became an instant staple in pop culture history, which is why Brita wanted to wear it. Sadly, it couldn’t, uh, support her through forgetting a few lyrics.

Even though it wasn’t her first choice song and her studio session was slightly shaky, Gigi slayed “Unapologetic B*tch,” and unapologetically accepted her third challenge win.

Jackie recreated what might be the most recognizable Madonna moment of all time: the bridal look from her 1984 VMA’s performance of “Like A Virgin.” Unfortunately, Jackie’s rendition wasn’t nearly as monumental.

Jaida may have been unsure of herself in rehearsal, but her final performance channeling Madonna’s controversial “Justify My Love” music video would have made Dahlia Sin proud. Sporting a black lingerie set complete with stirrups, she got frisky with not one, but two backup dancers, and even broke out a whip.

Crystal Methyd Was a Joyous “Ray Of Light”

Crystal knew a singing challenge could be just that: a challenge for her. So she made the vocals work by adding a comedic twist. The judges loved it and her “enlightened Madonna,” inspired by the “Ray of Light” music video.

Widow user her lyrics to pay homage to Madonna’s trailblazing and her all-white outfit and cowboy hat tipped a hat to the 2009 video for “Music,” but the flips she turned out? Those were all Widow.

Heidi is a top-notch performer and dancer, and that shined through in her modern-day “B*tch I’m Madonna.” Unfortunately, she was a little too much Heidi, not enough Madonna, which is why the judges put her in the bottom.

If next season gets a Rusical, this one will be hard to top.