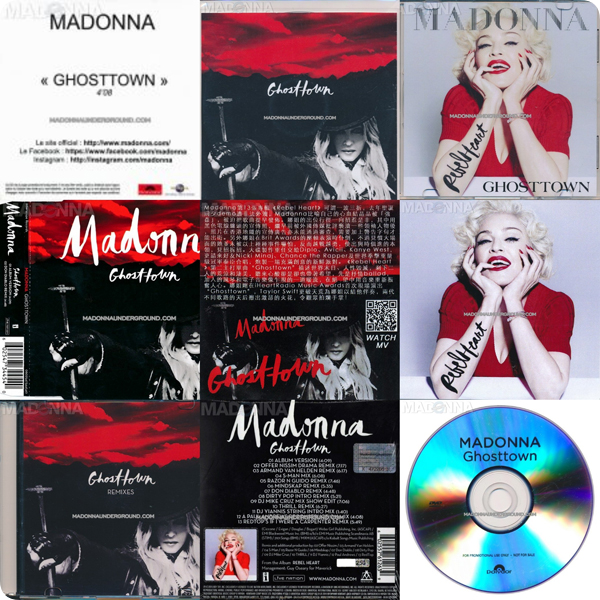 Ghosttown was the second single from Madonna’s Rebel Heart album.

The single received little airplay and unfortunately failed to become a commercial hit, completely undeserved for what surely is a very good track. Ghosttown did end up at the top position of Rolling Stone’s Reader’s Poll: The 10 Best Songs of 2015.

For the discography we have 9 officially released pressings. Ghosttown was only ever commercially released on CD single in Europe (made in Germany) but there were a few promotional discs to collect (and the odd cardsleeve from Ukraine.)