Just added to our Filmography: In Artificial Light, Curt Royston’s portrait of New York artists, including Madonna before her break-through.

We have always put ‘In Artificial Light’ in our ‘theater’ section (not online on the current website yet) as this was filmed as a ‘stage play’, however since this is still a film and has been featured on a Film Festival, we have to classify this as one of Madonna’s ‘films’.

We have gathered some facts for you regarding this feature, as well as videos including snippets of the 20 minute film. Also check out the small memorabilia section.

Visit ‘In Artificial Light’ now, ‘Who’s That Girl’ will be online shortly. 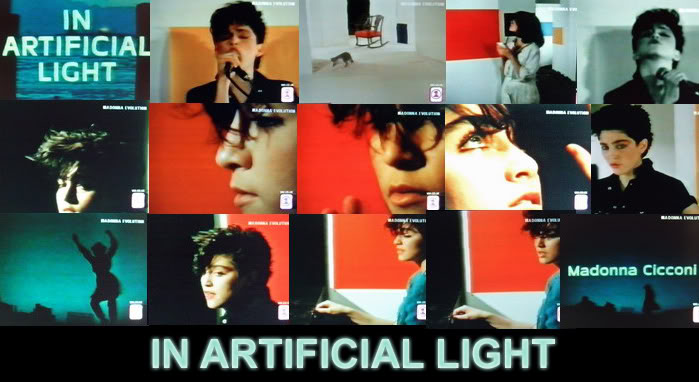 This photo was created by using stills from a Madonna documentary by Kimberly van Pinxteren for MadonnaUnderground back in 2006. We have found it on many (fan)sites since then, some of them even claiming this to be an official promo pic, which obviously it is not.