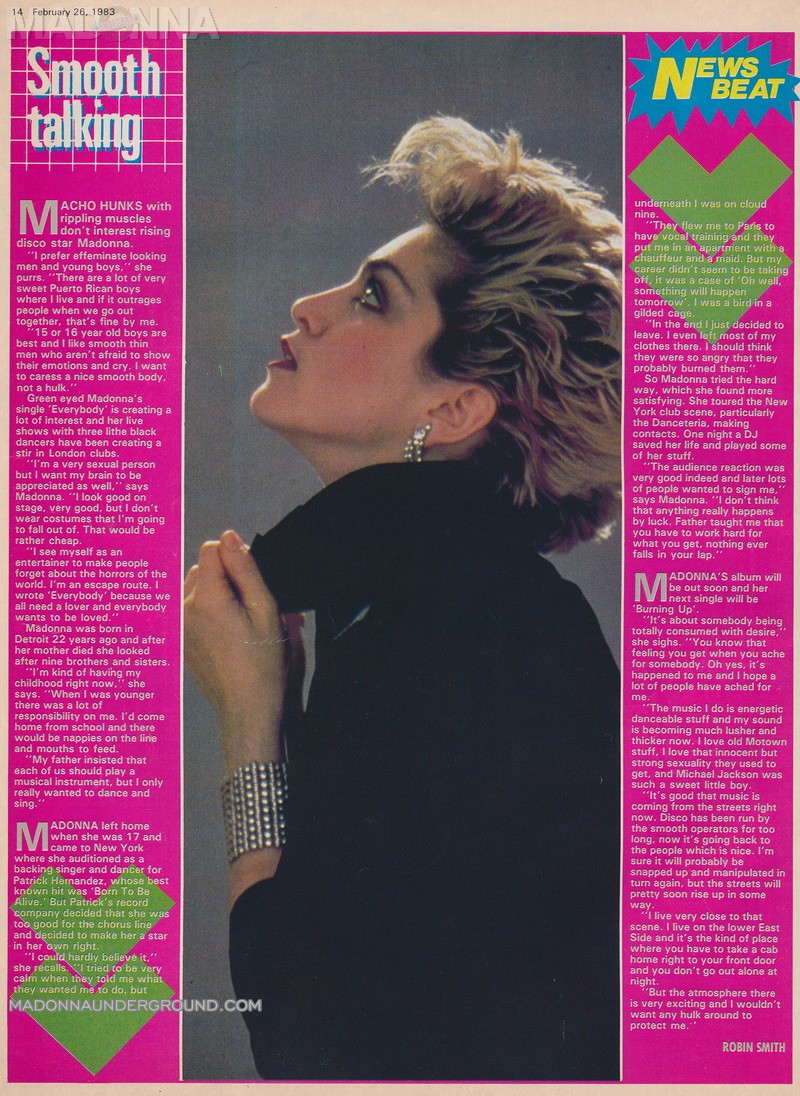 Take a look at this very early interview originally published in Record Mirror dated February 26, 1983. Madonna was on to promote her debut single ‘Everybody’ and spoke about macho hunks, being a very sexual person, going to Paris and upcoming single ‘Burning Up.’ This article has been added to the press section of The First Album page.

A few excerpts from the interview:

‘I’m a very sexual person but I want my brain to be appreciated as well.’ says Madonna. “I look good on stage, very good but I don’t wear costumes that I’m going to fall out of. That would be rather cheap.”

‘I see myself as an entertainer to make people forget about the horrors of the world. I’m an escape route. I wrote ‘Everybody’ because we all need a lover and everybody wants to be loved.’

‘Madonna’s album will be out soon and her next single will be ‘Burning Up.’ “It’s about somebody being totally consumed with desire.” she sighs. “You know that feeling you get when you ache for somebody. Oh yes it’s happened to me and I hope a lot of people have ached for me.