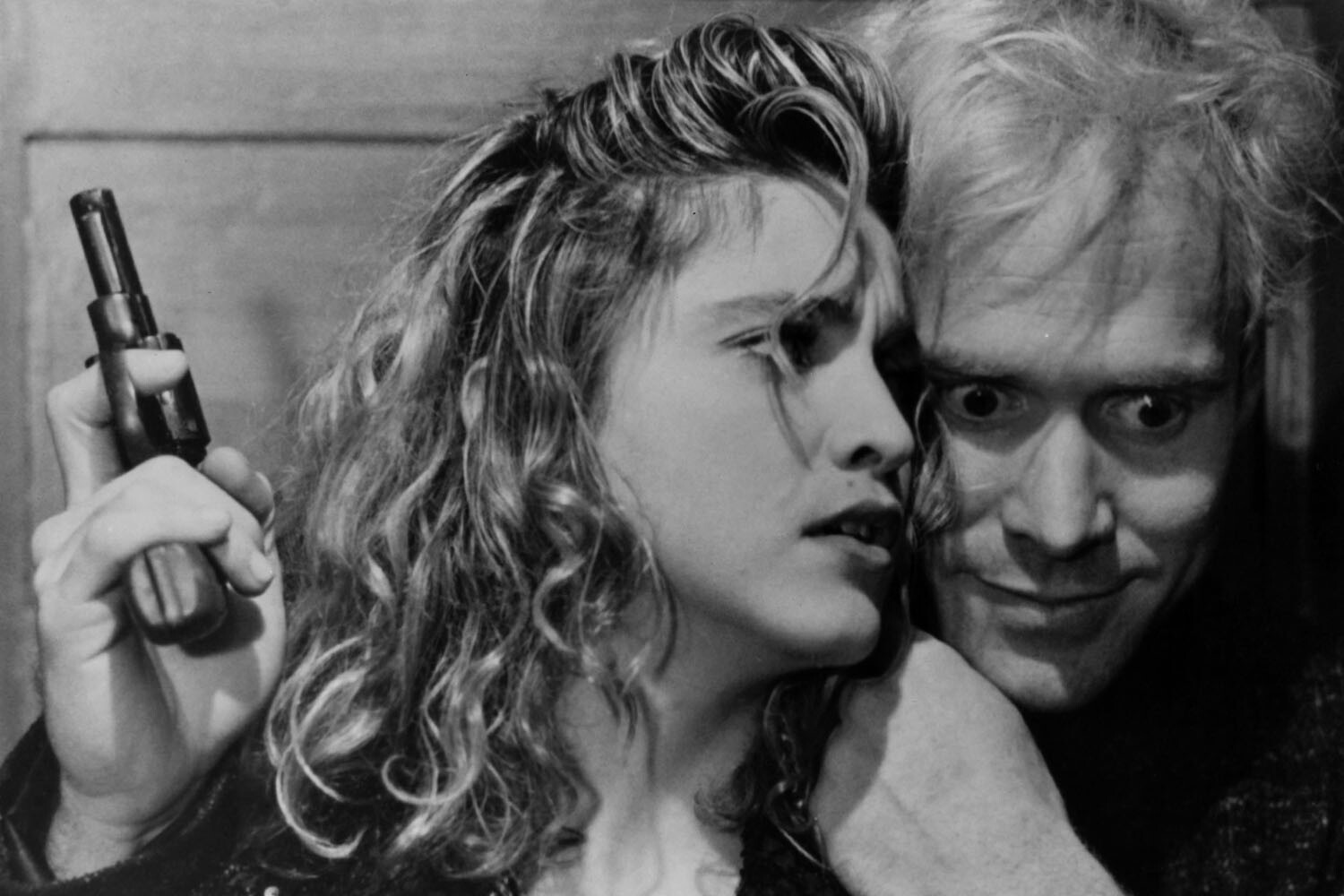 Madonna is held captive by Will Patton in a scene from the film ‘Desperately Seeking Susan’, 1985
ORION/GETTY

There are certain films that I like to refer to as “accidental artifacts.” These movies tend to lie somewhere in the nebulous space between bad and not-so-bad, but are so particularly of their time and place that they provide a fun and unique set of information to pop-culture archeologists.

Desperately Seeking Susan, currently celebrating its 35th anniversary and available to stream on Amazon, is one such film.

From shots of a lower Manhattan that no longer exists to an icon — Madonna — captured at the exact moment of her rocket-ship ascent to superstardom, one would be hard pressed to build a better (or more enjoyable) time capsule of 1985.

At the risk of sounding like an Old-Man Gen-Xer, it has become increasingly difficult to articulate to the younger people in my life the impact that pop stars had in the 1980s. It was the peak of mass media, before cable television and the internet ushered in the niche-ification of interest and pointed everyone into their own corner of predilection. Everyone listened to the same radio stations, watched the same music videos and subscribed to the same magazines. Score some combination of those three things — say, a Top 40 hit, regular MTV rotation and the cover of TIME — in 1985, and an artist would wield a level of celebrity and influence that I’m not sure even exists anymore.

Despite having a few modest hits under her belt, Madonna was only a minor star when Desperately Seeking Susan started shooting. It sounds absolutely insane now, but in the fall of 1984, she could walk the streets of New York with a camera crew and attract only the occasional glance from passersby. That all changed mid-production when, on October 31st, “Like a Virgin” was released. Overnight, Madonna became an über-celebrity to the point of requiring extra security for the last few weeks of production and a rushed post-production process so that the studio could capitalize on her meteoric rise. She began the film as a moderately successful singer and finished it as one of the most famous people on earth, a feat that has not happened since and likely never will again. Desperately Seeking Susan dropped in April of ‘85, the following month Madonna got her TIME cover, and the rest is history.

The movie itself is a delightful mess. While the premise is goofy, the mechanics are sound enough that one can buy in without thinking too hard: Madonna plays the titular Susan, a grifter and proto-Manic Pixie Dream Girl who communicates with her sometimes boyfriend through personal ads in the New York Post. Rosanna Arquette is Roberta, a bored housewife who has gotten to know these anonymous people by reading the personal ads. After deciding to spy on them by covertly following Susan around the Lower East Side, Roberta buys Susan’s recently bartered jacket and a botched meetup, case of mistaken identity and amnesia ensue.