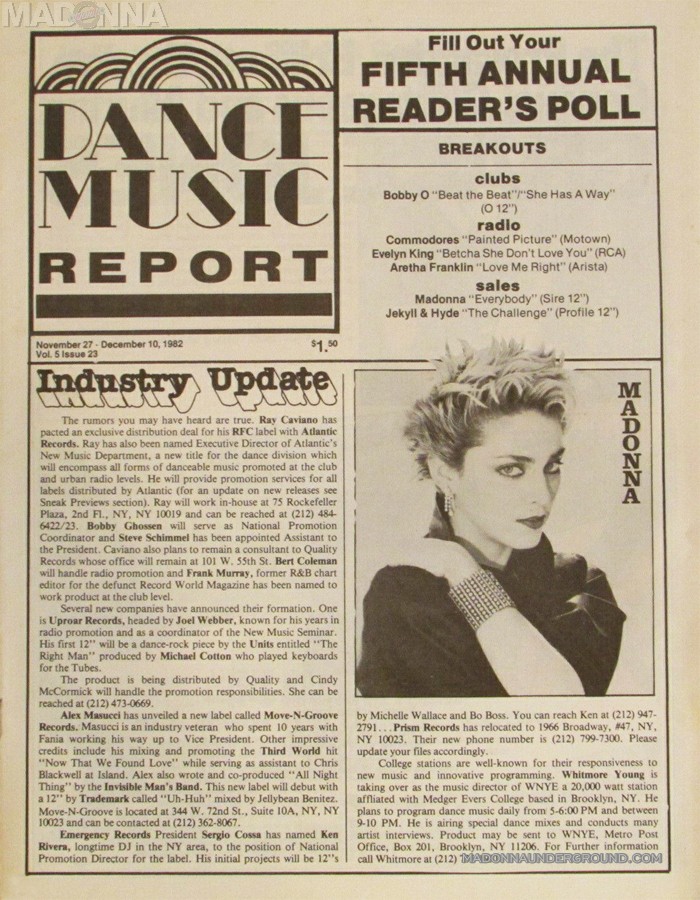 While ‘Island’ magazine (October 1983) is notorious for being Madonna’s first ever magazine cover, Madonna actually appeared on the cover of a magazine before.

Though not a full feature cover, one of her press images appears on the November 27 1982 edition of Dance Music Report.

Madonna’s debut single ‘Everybody’ was featured the Breakouts featurette under ‘Sales’.

This has been added to our The First Album page.

Much more on the way!