Billboard Cover Story Sneak Peek: Diplo Got Drunk With Madonna and 4 Other Details on Their Upcoming Collaboration

Diplo is one of the most in-demand producers on the planet. Who else but the 35-year-old DJ could knock out “four or five” songs for Usher’s next album in a week’s time, work on new tunes with both Ty Dolla $ign and Lorde and gather 30 new tracks for Major Lazer’s upcoming release without breaking a sweat? In his new Billboard cover story (out Aug. 22), the star DJ sheds some light on much-anticipated music he’s working on as well as collaborating with Her Madgesty herself. Here are five details we learned about Diplo’s high-power collaboration with Madonna on her follow-up to 2012’s MDNA: 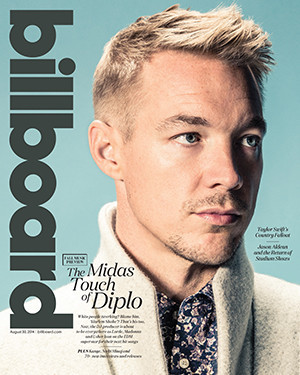 1. Diplo has joined Madonna for three studio sessions so far, and the alcohol was flowing on one night: They connected in New York and he’s clearly excited about how the recording went. “One [song] is super weird,” Diplo says. “Late one night in the studio we got a little bit drunk and she improvised a little hook and we made a song out of it. I think it’s going to be a breakthrough if she can manage to get everything together and get it out properly.”

2. What does Madonna drink when she gets drunk in the studio? Rosé. “It was nice,” says Diplo. “I don’t think she really drinks, either.”

3. Ariel Rechtshaid and MNEK are also involved. Rechtshaid, who has collaborated with Vampire Weekend and Sky Ferreira, and MNEK, the London songwriter who worked on Disclosure’s album, have gone into the studio to work out the verses of a song that Madonna has taken a shine to. Rechtshaid has joined Diplo and Madonna for their studio sessions. 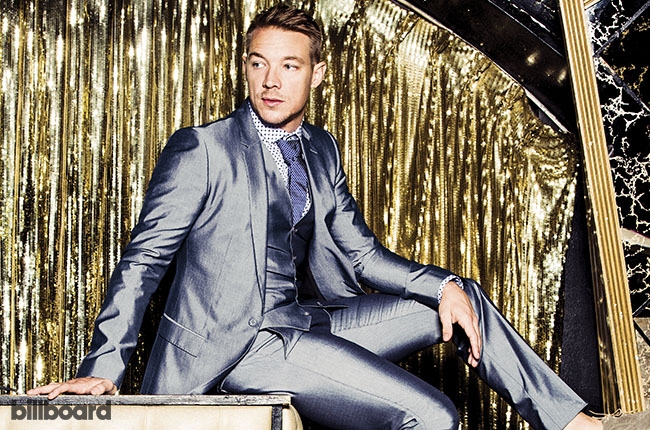 4. Madonna invited Diplo to her Oscar party… but he couldn’t make it. Still, the pair began texting, and Diplo sent Madonna over some music. Madge took the production more seriously than Diplo could have imagined. “She wrote me back like a 20-page text, notes about all these songs,” he says — and a collaboration was underway.

5. One of the in-the-works Madonna tracks has unwittingly evolved into a big pop record. “That song is on like version 20,” Diplo says of the as-yet-untitled track. “It went from a piano ballad to a ‘Turn Down for What’-style song, which I didn’t like. Now it’s somewhere in the middle.”

For a larger peek inside the wild world of Diplo — from the dollar-sign details of his empire to his Katy Perry connection — read Billboard’s full cover story out Friday, Aug. 22.

(@By Jason Lipshutz for Billboard)