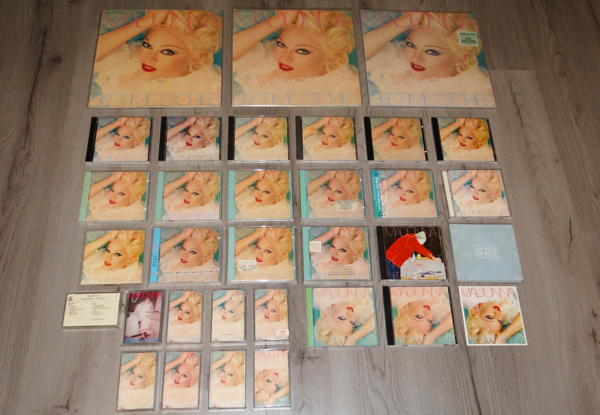 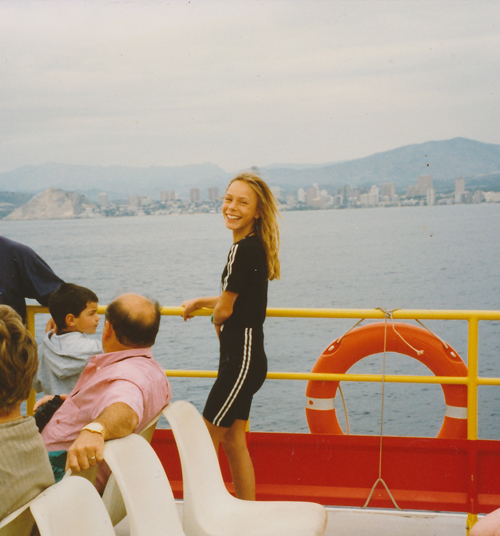 While on holiday in Benidorm (this is just a coincidence I HAVE been to other places you know) Madonna’s new album ‘Bedtime Stories’ was released. I remember searching the streets of Benidorm for any record shops and managed to find the one store that sold records (aaaaaah the good ol’ days).

Thankfully they had just received only one copy of Madonna’s brand new album in stock and I remember thinking it was extremely overpriced (yes even in pesetas). But it was Madonna’s new album and what else to spent my pocket money on? It was the 90’s and it was one of those phases where you assumed looking like a christmas tree was ‘hot’, all ten of my fingers carried rings, a ton of necklaces around my neck and I had the obligatory ‘peace’ sign earrings sparkling up my ears. So yes I think it was rather necessary to spent money on something else than cheap bling.

The unfortunate thing was that I didn’t own a discman (yes I had the cassette walkman but that doesn’t fit a CD now does it?) so I had to wait to listen to the thing until we got back home in Amsterdam (the pre-internet days….) I wasn’t too keen on the cover artwork but I loved the colours used, especially the pastel blue jewel case (very Miami)

The first thing I did arriving back home was pop the CD into my stereo and lock myself into my room for the next hour or so. First thoughts ‘well now this is quite a departure from ‘Erotica’ and thinking everything sounded alike. Human Nature, Sanctuary, Inside of Me, Bedtime Story and Take a Bow were the highlights for me and I quite disliked Survival and Don’t Stop. I remember getting the new ‘MadonnaMania’ issue (Dutch fanclub magazine at the time) and they kind of shared my sentiments on the album. The more and more I listened to the album, the more I began to appreciate the stunning arrangements, lyrics and vocals.

I was completely set and ready for the ‘Bedtime Stories’ tour and so heartbroken when it didn’t happen because of other commitments on Madonna’s behalf. Anyhow I reached the phase where my hormones were ruling my life and therefore I lost Madonna for a little while in favour of romantic fantasies about Nick Carter from the Backstreet Boys (whom I discovered in a magazine before they released their first single and fell head over heels in love……awwwwww).

Today when I listen to the album it stands out as her most beautiful and mature record, stunning vocals, brilliant lyrics and some of her best collaborations ever (Babyface). Sanctuary is one of my all time favourite Madonna songs and secretly hoping she will perform it live one day, a girl (em….grown woman) can only dream.