A Certain Sacrifice was Madonna’s debut film, shot on a limited budget this is more a student film than anything else and can’t be taken too seriously. Madonna responded to an ad by Stephen Jon Lewicki who was searching for an actress for minimal pay.

Madonna tried to prevent the film from getting a release in 1985 but unfortunately she failed. We have managed to collect quite a few original newspaper articles dated back to 1985 on the film’s release, check it all out HERE 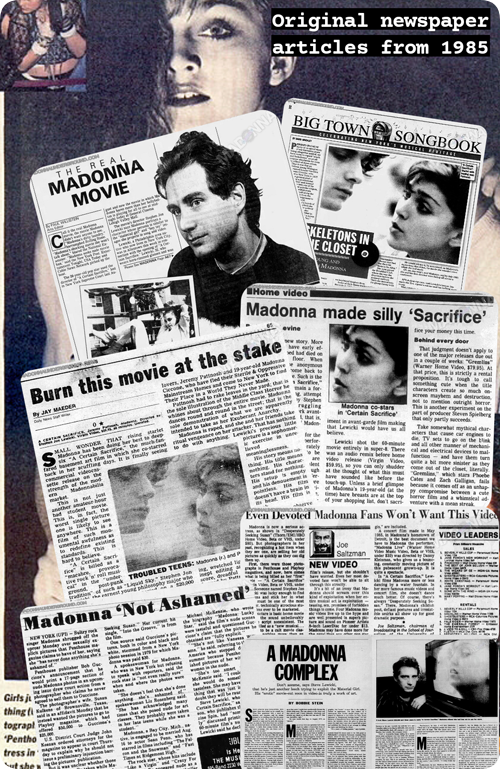