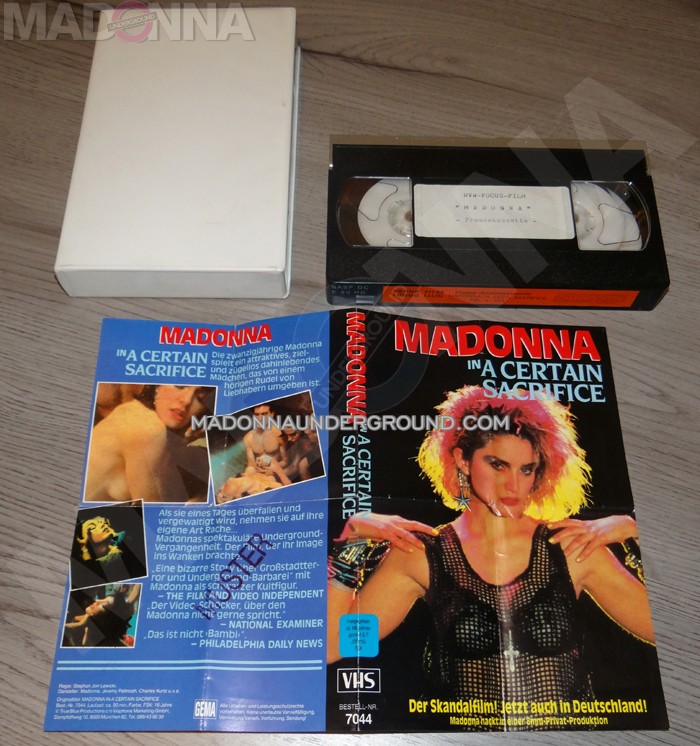 For all our Madonna movie collectors out there, we have added a new item to the ‘A Certain Sacrifice’ page in our Filmography.

This is a German promotional advance viewer’s timecoded VHS video for Madonna’s ‘film’ debut directed by Stephen Jon Lewicki. The promotional VHS is overdubbed, meaning it’s spoken in German from start to finish (and not by Madonna as you probably figured out). The film is by HVW-Focus-Film and reads ‘pressekassette’

The video comes with a folded ‘Muster’ sample video cover of the upcoming homevideo release.