We have updated the discography with the original soundtrack to Who’s That Girl.

Even though Who’s That Girl is not a Madonna studio album, it contained four brand new tracks recorded for the film’s soundtrack and therefor belongs to Madonna’s official discography. Out of the four tracks three songs were released as singles, Who’s That Girl even became Madonna’s second number one single in The Netherlands!

In the discography we have collected 30 different pressings (vinyl, CD and cassette) from various countries, including a very rare Japanese advance sample cassette AND promotional cassette with different artwork (pictured). 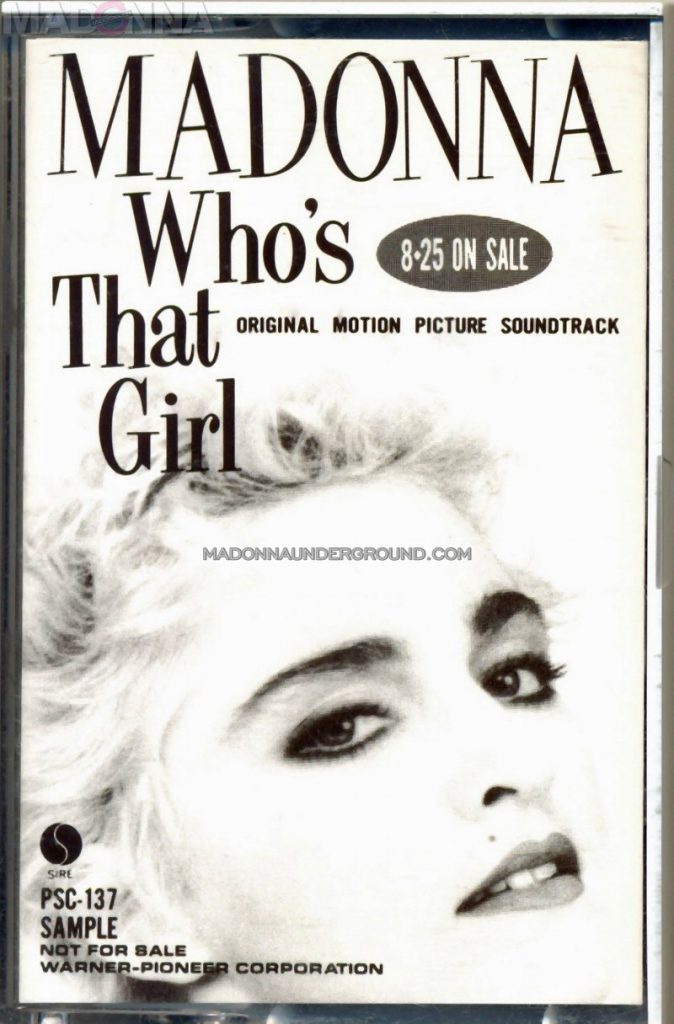