The images of the star are expected to fetch a tidy £900 when they go up for sale on Wednesday morning in London, according to Claire Tole-Moir, specialist at Bonhams.

She said: ‘The contact sheet on offer was taken in 1983 in Soho, London while the photographer Peter Anderson was a staff photographer at the NME, as well as contributing to The Face, ID Magazine and Rolling Stone. 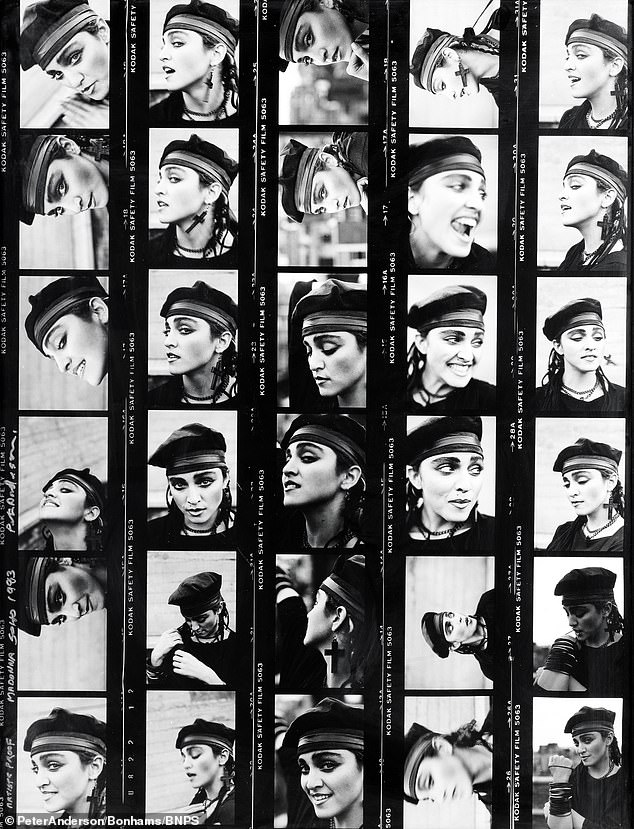